The Philips Hue range of light bulbs has benefitted from a number of important improvements during its relatively short life span. The initial Starter Pack has been upgraded with the addition of the Bloom table lamp bulb as well as the gorgeous LED lighting strip option. Philips has also responded positively to eager developers by opening up their API to allow software engineers to create new and innovative apps that interact with the Hue range. After teasing even further changes back in October the company has stayed true to their word by introducing two new bulb types as well as a rather unique tie-in with the Disney Corporation.

It’s always good to step away from the exciting stuff and save the best for last, so let’s concentrate on the two new Hue wireless bulb types first. George Yianni – Philips’ Head of Technology – was quoted in October during Mobilize as saying "we’re busy bringing out new ways of interacting but also new ways of bringing lighting into your home". The BR30 bulb type is one of the most commonly used bulbs in the United States so it makes perfect sense for Philips to try and target that market during the holiday season. Individual bulbs are priced at $59, while the Starter Kit is priced at $199. 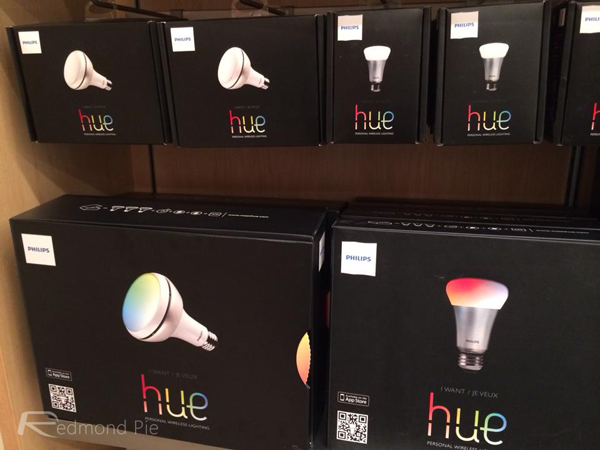 Territories outside of the United States will have to wait for an expanded release before they can get their hands on the wirelessly controlled BR30 option.

In direct contrast to the BR30, the GU10 is a high performing option in the United Kingdom and other European countries. The bulbs can be found through homes and offices in recessed downlight fittings with the Hue variant requiring the technology team at Philips-owned Lumiled to spearhead advances in LED technology to make this release possible. The GU10 costs £49 for individual bulbs while the whole kit is priced at £179. The GU10 is available today in the UK and will hit US shores in December. 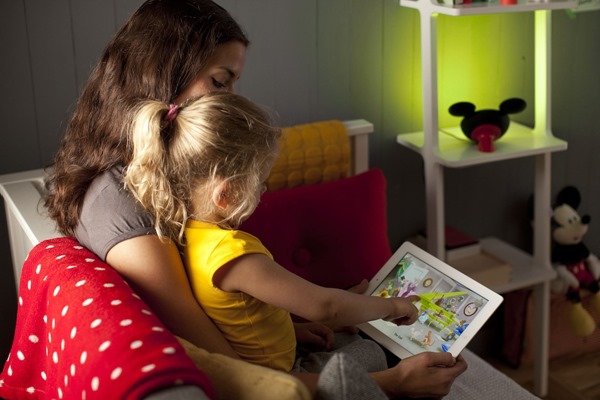 Those two new bulb options will undoubtedly be successful in their respective markets, but it’s likely to be the Hue Disney StoryLight that gets most of the attention. The official tie-in with Disney has allowed Philips to appeal to a wider audience through a partnership that involves beautiful app controlled lights and relaxing iPad storybooks. The StroyLight app contains purposely created Disney e-books that hooks into the new Hue bulbs to change the color and temperature of the lighting depending on the progression of the story. There’s no word on pricing for this one, hence we have to wait this one out.