Windows Phone To Finally Get A Fully-Functional Instagram App? 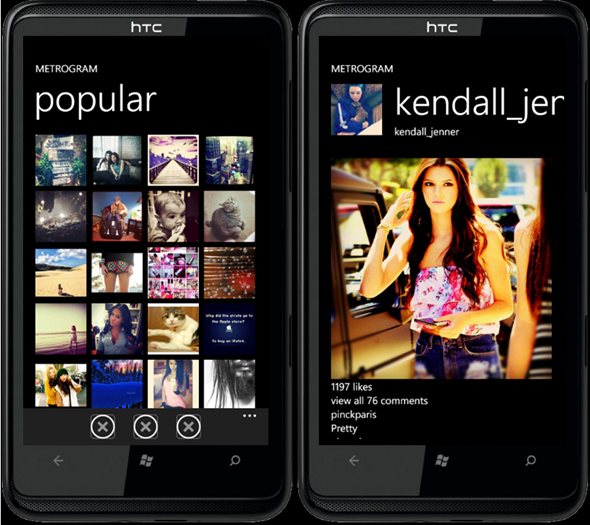 Instagram lives in the iOS App Store and is compatible with the iPhone, iPod touch and iPad as long as they are running iOS 3.1.2 or above. Instagram was one of the early, well publicized applications which allowed users to take photographs and apply various filters to them before sending them out across the Instagram network for people to view, like and comment on. Additional options allow users to create a profile which in turn allows us to share the photographs to popular social networking sites like Facebook, Twitter and Flickr.

Instagram is currently only available on iOS devices, and whilst other mobile operating systems have applications available, they don’t allow users to share with the official network, you can only view content. If you are a Windows Phone user and have been an admirer of the application, then you could be in for some good news.

WPcentral are reporting that a developer called Bill Simser is in the process of bringing an Instgram application to Windows Phone devices. His version of the application is going to be known as ‘Metrogram’, which judging by the name means that it is going to be an unofficial implementation. It had previously been considered that the company had hired Simser as a contractor to port the Instagram application to Windows Phone, but this doesn’t seem to be the case.

A recent tweet from the developer describes Metrogram as a ‘fully functional’ client which initially led us to believe that we would be dealing with a fully functional application allowing us to deal with all of the options we see in the official app itself. However, as developer M. Saleh Esmaelli points out, the Instagram API only allows developers to produce viewing-only applications.

I think a lot of Windows Phone users will look forward to this application, even if it only provides a viewing-only experience. One of the staggering things is the length of time it actually took to make Metrogram, with the developer tweeting:

58 minutes later an a new wp7 Instagram client is born. I think that’s a record for me" "Writing the Instagram client for #wp7 has been so freaking easy. 2 hours and I have a fully functional client.

Hopefully more information will be released by the developer soon.