Phil Moore, Head of Microsoft Mobile Division in UK has confirmed that phones with Windows Mobile 7 wont be available until late next year. He announced this in a Q&A session held at the ‘Connect’ technology summit in London. This news means that we are not going to see handsets with Windows Mobile 7 anytime before last quarter of 2010. 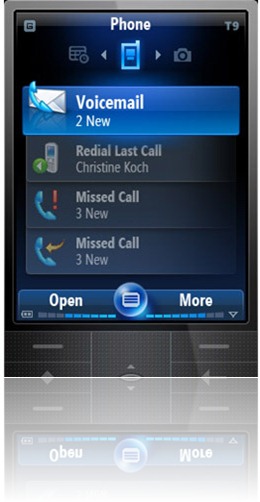 It has been put back until late next year but it is definitely coming. You’re going to see a lot more on Windows Mobile 7. Giving the enterprise users and consumers what they want will be part of Windows Mobile 7. You’ll get flexibility on a much easier touch UI.

Windows Mobile 7 has been in works since late 2005. This is not the first time it has been delayed. With this latest confirmation by Phil Moore, we may not even see any glimpse of Windows Mobile 7 at the upcoming ‘Mobile World Congress 2010’ which is going to be held in February next year.

If you are looking to get a new Windows phone now, HTC HD2 is your best bet. There is no point in waiting for Windows Mobile 7 devices as they wont be appearing any time before Q4 2010. HTC HD2 is by far the best Windows phone that is available in the market with 4.3 inches capacitive multitouch display, powered by 1Ghz Snapdragon processor. And if the rumors are to be believed, HD2 may get Windows Mobile 7 upgrade, once it is available in late 2010. [via MSMobiles and WMPoweruser]