Windows 9 Screenshots Leaked, Shows Off The All New Start Menu

Microsoft made a lot of changes with Windows 8, and a large portion of its user base did not agree with, well.. a large portion of them. But as the world begins to settle down and adjust to the predominantly tiled appearance of the user interface, one element that many desktop users have never gotten over is the Start menu, or lack of it, and the post-BUILD news that it would be making a dramatic return was met with a collective sigh of relief. Now, some new ‘Windows 9’ screenshots have emerged, and as well as offering an insight into what’s from the software giant’s flagship OS, also gives us another look at that Start menu we all love so well.

Quite literally the cornerstone of Windows for many a decade, the unceremonious manner in which this pivotal feature was removed really ruffled the feathers of the operating system’s vast army of users. It’s not even as though Microsoft had simply hidden it by default – it was just gone – and had the subsequent backlash not been so fierce, Satya Nadella’s company would not have backtracked and remembered that, in fact, only a tiny fraction of its consumer base uses a Surface or device of a similar configuration. 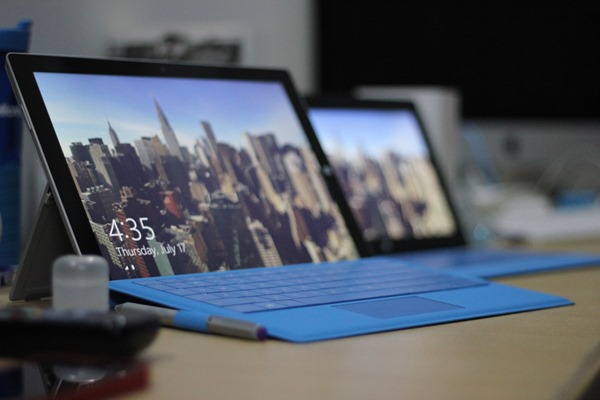 Even though Microsoft has continued to chop and change the naming scheme of Windows releases through the years, it seems to have settled on a simple numbering scheme, and as such, it’s very likely that the next major release will be treated to the ‘Windows 9’ moniker, unless Microsoft decides to toss in a spanner or two at the end. At present – as we’ve seen through previous leaks – the Windows 9 work-in-progress is being referred to internally as “Windows 8.1 Pro,” but apparently, despite the new screenshots denoting this once more, the reference bears very little reflection on the eventual name. 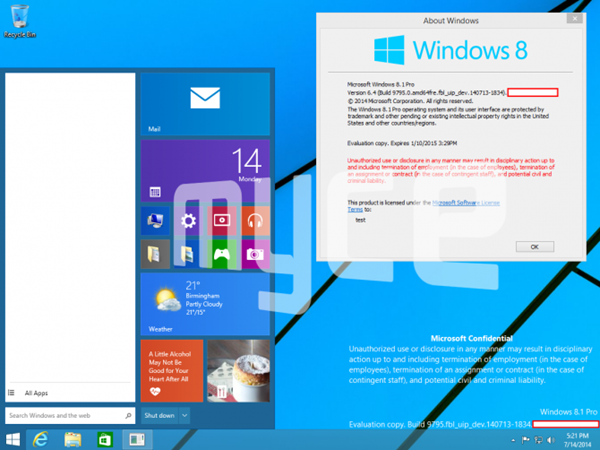 As you will also notice from the screenshots, the Start menu combines elements of tradition in with the Metro look that Microsoft has been trying to drum into Windows users, so while it’s a reversion to tradition of sorts, we’re not talking about a complete step back here. 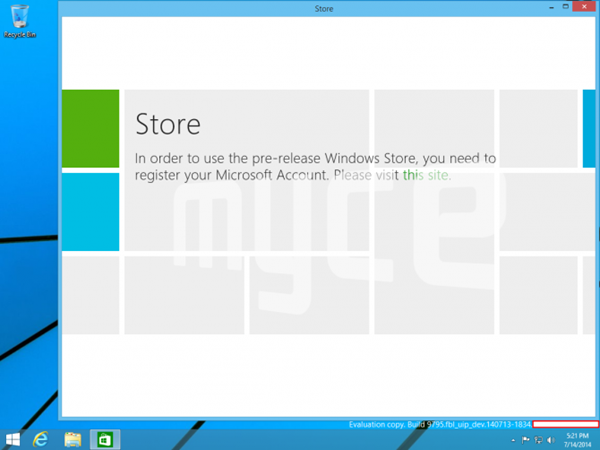 Take a look at these new Windows 9 screenshots below, courtesy of MYCE, and as ever, do leave your thoughts and comments on Windows 9 via the usual channels!