It appears that Windows 8 will come with the ability to make and receive calls, as suggested by a handful of photos that we’ve posted after the break!

The news comes from Long Zheng – a famous developer for Windows and Windows Phone 7. He posted three separate photos related to Windows 8, each of which shows different parts of Windows 8’s UI which suggest that it will come with phone calling capability.

I love it when puzzle pieces seems to just fall into place. If the three pieces I found yesterday were any indication then it looks as if some Windows 8 slates will actually have the capability to make and receive phone calls through the cellular network. Cue the giant Windows Phone jokes.

The first picture was taken at a session from Microsoft’s BUILD 2011 conference where Windows 8 was demoed. It shows a yellow tile (encircled) which has the heading Missed calls. You can see it below: 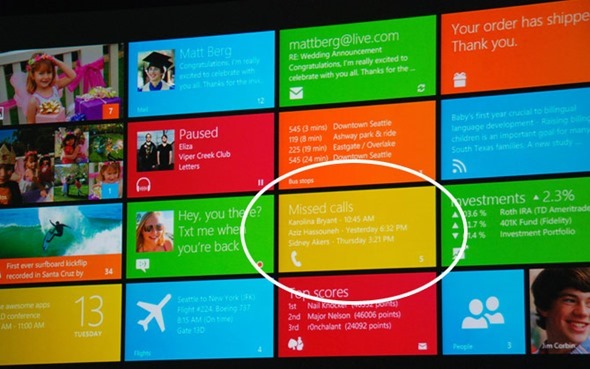 The second image is a screenshot taken from a post by WinRumors in which one can see the details of a person’s profile. Under the message and call heading, there are the options: send email, text and chat and call mobile. 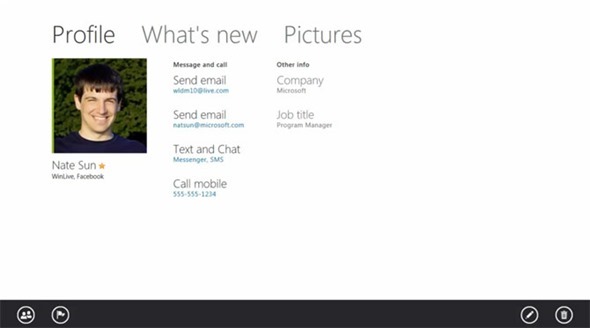 The last image isn’t exactly related to Windows 8, but in its related paragraph, Zheng talks about fellow developer Rafael Riviera’s post in which he mentions that the Samsung Series 7 tablet used at Build to showcase Windows 8 was actually not a Samsung Series 7 tablet. Riviera talked in detail about the preview tablet’s hardware which included a Option GTM67x chip for WiFi, phone and GPRS connectivity.

These three “pieces”, Long Zheng states, strongly suggest that Windows 8 tablets with supported hardware will come with the ability to make and receive calls and we agree with him.

Before you start commenting, “LOL Windows 8 tablets are just big Windows Phones”, this is not the main feature of the upcoming tablets.

The ability to make and receive calls will, we think, be an added feature and folks will require a Bluetooth headset so that they can use the phone feature without looking like, well, what people look like when they hold up a 10” tablet to their ear.

As we all know, Microsoft bought Skype some time back. The UI showing “missed calls” may just end up being related to what might be deep integration with Skype, a popular application that allows users to make Skype-to-Skype as well as Skype-to-Landline/cell-phone calls.