The Windows steam train is definitely in full flight and with Microsoft looking forward to the October 26th launch date of Windows 8 and their new Surface tablets, the time has officially come when consumers can start pre-ordering upgrade copies of Windows 8 Pro from a variety of selected retail outlets for $69.99.

We have already seen some examples of the Windows 8 packaging from early Amazon listings but it is now come to light that the boxing will feature one of five unique designs that have been purposely created for the new fresh approach that comes with the software. The pre-order offer is made available today at Amazon.com, Best Buy, Staples, Office Depot and Microsoft Stores as well as multiple other outlets that usually offer software based deals. 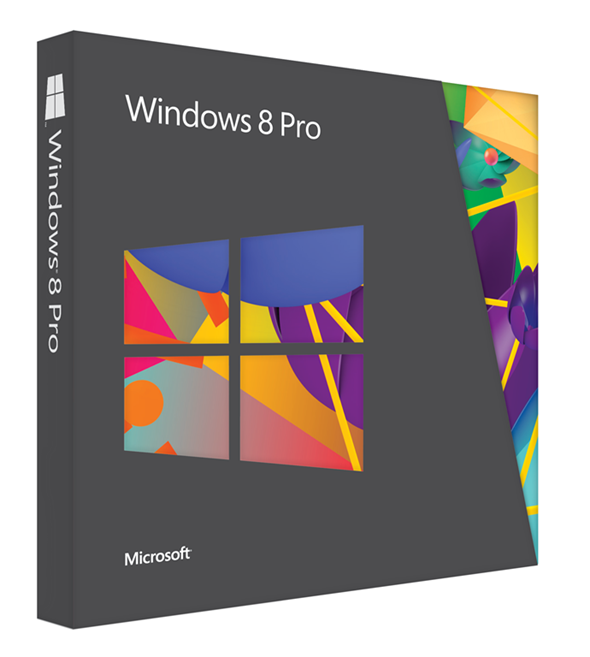 The $69.99 upgrade charge seems a little steep but that is due to the ordering of a package containing an actual physical upgrade DVD. For those who don’t want to pay that much to upgrade an existing installation of Windows but who will be going ahead with Windows 8 when it is released, Windows.com will be offering the upgrade to Windows 8 Pro for $39.99 on launch day. Consumers will be able to use the Windows 8 Upgrade Assistant to go through the whole process, with the offer being available across 140 different countries around the world.

Those who are intending to upgrade a Windows XP, Vista or 7 installation to the new Windows 8 are being advised to do so sooner rather than later due to the current upgrade offer through online and retail channels only running until the end of January 2013. In addition to the physical DVD being available for pre-order, Microsoft’s official equipment manufacturers are also offering the availability of pre-orders for Windows 8 powered PCs sans Surface RT and Surface Pro.

All of the big names are included in the offer with the likes of Dell, Acer ASUS, Sony, Samsung and Hewlett Packard all being in on the offering to allow eager consumers to get their hands on not only the latest software from Microsoft but also the latest hardware specifically designed for Windows 8. The availability of these deals signifies the fact that the Windows 8 release is in full flow and it really isn’t long now until we can see how general users react to Microsoft’s latest software.