Net Applications has just released its monthly NetMarketShare statistics, and with Windows 8.1 on the horizon, it throws up some rather interesting findings regarding adoption rates of currently available versions of the Redmond company’s platform. Notably, Windows 8 usage seems to have seen a significant upturn, with a leap from 5.42 percent to 7.65 percent worldwide during the month of August alone. Meanwhile, Windows XP, which still enjoys a healthy market share despite its age, dipped from 37.19 percent to 33.66 percent.

This is quite a significant change, and may be partly due to the fact that users are finally coming to terms with the changing face of Windows. However, it may also be largely attributable to the fact that NetMarketShare has altered the way it collects its numbers, which involves “deducting hidden pages from our usage share statistics.” Simply put, hidden pages are rendered, but because they’re never seen by the user, NetMarketShare feels that they shouldn’t be accounted for in usage share data. 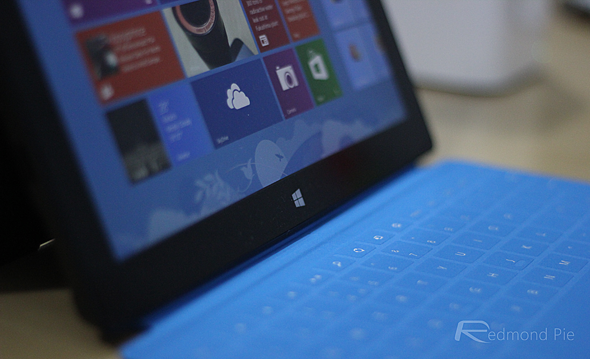 By the same token, Google’s Chrome browser also saw a drop in usage, dropping from 17.76 percent to 16 percent, while its rivals, including Microsoft’s own Internet Explorer, all gained.

The methodology changes may have something to do with these apparent changes in trend, but only a look at future stats from NetMarketShare will actually confirm whether these numbers represent a minor anomaly, or actually indicate a change in trend. 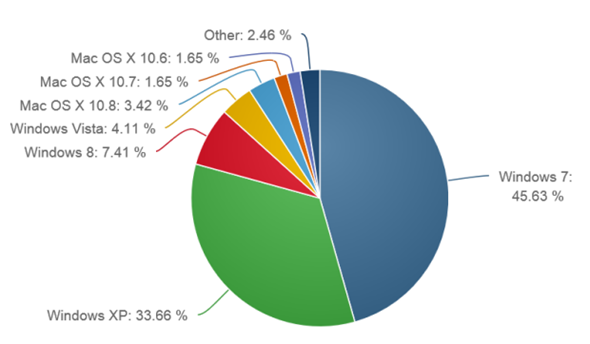 If one considers that XP users are going to struggle with compatibility as time goes on – the latest version of IE, for example – you can see why users are now considering opting for the likes of Firefox, or simply dropping Windows XP altogether and going for Windows 8. This doesn’t, however, explain Chrome’s drop, and considering how quickly the browser has evolved over the past few years, are we seeing signs that the search giant’s popular Web client is faltering?

Now here comes a fun tidbit in case you didn’t notice in the graph above: the total market share of Windows 8 is now more than every version of Mac OS X ever released. This is another revelation that proves Windows 8 is doing surprisingly well, despite some lackluster reviews and views from the general user. 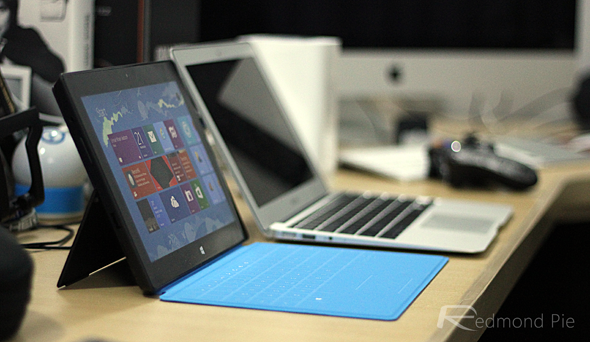 We’ll only know for sure once the next set of numbers are in, so we’ll keep a close eye on how things are shaping up as far as market share goes. Windows 8.1 will certainly skew the figures once more, and with a more favorable outlay when compared with the too-much, too-soon perception of Windows 8, we could see the true beginning of Windows XP’s demise – particularly in the consumer market.

Windows 8.1 release date has been officially confirmed by the Redmond giant for October 17th, with general availability to every current Windows 8 user on October 18th as a free download.