Another Tuesday, and we see second major patch for Windows 10 being released today. The just-released KB3081436 is a combined cumulative update and security fix for Windows 10 based systems, with a very generic description that doesn’t really tell much of the story. Supplementing the major update is a new version for Windows Malicious Software Removal Tool and fresh antivirus definitions for Windows Defender.

Whether the fact that this update has been released on a Tuesday has any significance with respect to the fabled “patch Tuesdays” or not, we don’t know, but this is the second major update that Windows 10 has seen since it’s not-so-long-ago release; the first one being the Windows 10 KB3081424 update. While we don’t have a clear changelog for this update, it appears to be fixing certain issues particularly the one that saw users scratching their heads when signing into Windows Store – an ailment shared by a number of Windows 10 users. Other fixes and security updated expected in this version include fixes for recently-discovered security loopholes in Microsoft Silverlight, and the semi-deceased Adobe Flash Player. 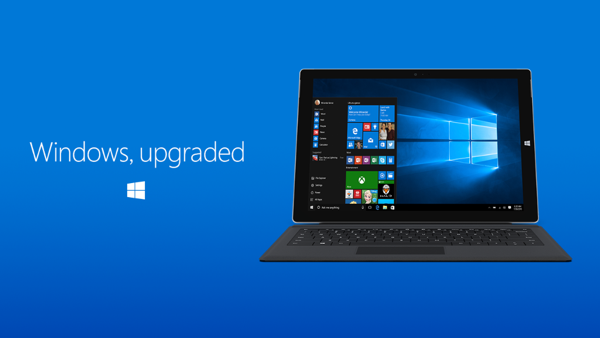 With Windows 10, Microsoft has sort of moved away from the paid operating system model and opted for Software-As-A-Service (SAAS) approach. The shift in direction also means that if Windows 10 is a service rather than a software, Microsoft needs to stay on its toes to fix issues and problems as they surface. They can’t go with delayed release cycles anymore. This gives us faith that we might actually be seeing another series of “patch Tuesdays,” where major and minor updates both stay on a weekly schedule, namely Tuesdays. Microsoft has done it in the past; there’s no saying they won’t do it again. In fact, we hope that they do, because that’s nothing but good news for users like us. 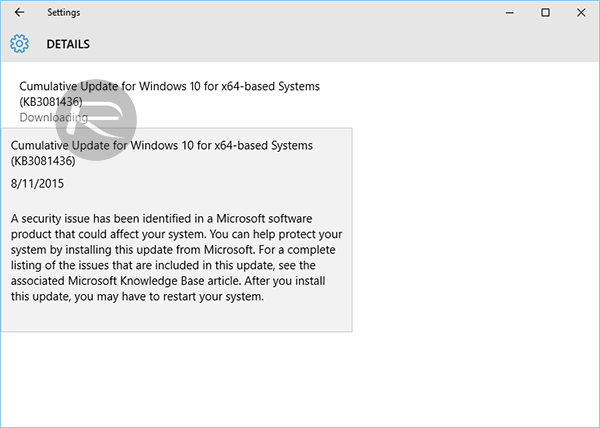 To get the update, navigate to Settings > Update & security > Windows Update to grab the update. 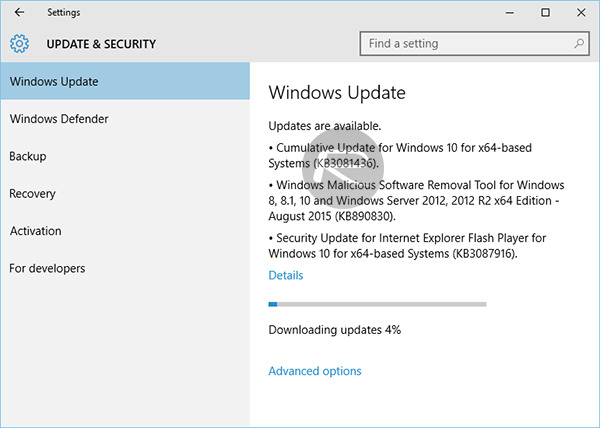 In case you don’t see it available for your machine, simply force stop the Windows Update service (from Task Manager), navigate to C:\Windows\SoftwareDistribution and delete whatever is inside this folder. Check for updates again, and KB3081436 should show up.