Wi-Fi + Cellular iPad 4 Gets A Delivery Date Too, Will Be At Your Doorstep This Friday

What with all the noise, hullaballoo and general excitement surrounding the release of the iPad mini, the slightly refreshed iPad 4 has found itself all but forgotten about. Replacing the existing iPad 3, or New iPad, the fourth generation unit is the same as the third bar some tweaks here and there, which may explain the lack of excitement. Still, if you’ve been waiting for the cellular versions of the tablet to be made available, then you won’t have to wait much longer.

According to MacRumors, some of their readers have reported that cellular-capable iPad 4 orders have received a new shipping date, with devices projected to arrive in the sticky little hands on Friday, 16th November. That’s just a few short days away, for those without a calendar handy. 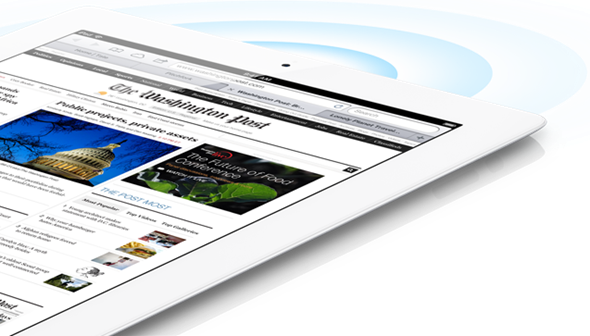 Apple had previously suggested deliveries would be next week, with some buyers only receiving a date of the 16th when they were upgraded to super-duper fast shipping. Now it seems that everyone is set to receive their iPad 4 this Friday, at least in the United States, regardless of their having called up to request quicker shipping.

For its part, carrier AT&T had already said that it would begin selling the new iPad on Friday, alongside the cellular version of the iPad mini. Customers looking to sign their lives away with a contract will receive $100 off, we’re told, which may be worth looking at depending on your particular circumstances.

On the subject of the iPad mini, we’ve  not heard of any cellular models preparing for shipment as yet, and MacRumors doesn’t appear to have either. It would appear that those already having placed orders may have to wait a little longer than those walking into an AT&T store unfortunately. That’s assuming AT&T gets its stocks when it expects, of course.

The Wi-Fi-only version of the iPad mini has been on sale for a couple of weeks now, and has been well received by both pundits and customers the world over. The addition of a cellular connection can only make the little tablet even more useful, assuming you’re willing to pay for the data, of course.

We think we’d go for the Wi-Fi model and a MiFi, ourselves.