WhatsApp Update Enables Users To Draw Over Photos And Videos

It seems that a lot of the big players in the app world want to offer their customers functionality similar to Snapchat, and Facebook-owned WhatsApp clearly doesn’t want to get left behind.

Continuously being updated and improved, the latest version of WhatsApp for iPhone now follows a similar update for Android by introducing new annotation features that allow commutators to draw and write on top of photographs and videos, adding a whole new level of dynamism to the WhatsApp experience. 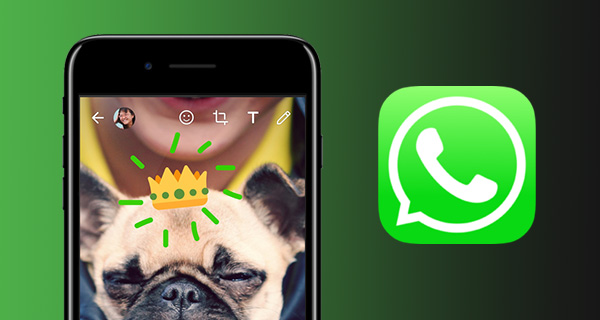 Users of WhatsApp for iPhone, as well as those with the Android update, can interact with the new features that have been added to essentially write and draw over the top of photograph and videos that have been captured within the app as part of communication with friends or family. The same feature set can also be used for still and video-based media that has been uploaded into a message from the device’s Camera Roll, so it isn’t purely unique to media captured using WhatsApp functions.

Those new annotation features can also be refined by the ability to customize that experience by changing font, drawing colors and even the type of font used in the creations, as you would expect from an integration that is aligned with what’s already being offered by the likes of Snapchat and Instagram.

Additionally, there are also a few other notable improvements that have been added as part of this update. There’s now a front-facing flash functionality as well as the ability to zoom with a simple finger slide gesture in a vertical manner. The team has also added a double-tap gesture to quickly switch between front and rear-facing cameras to better improve the snapping experience. 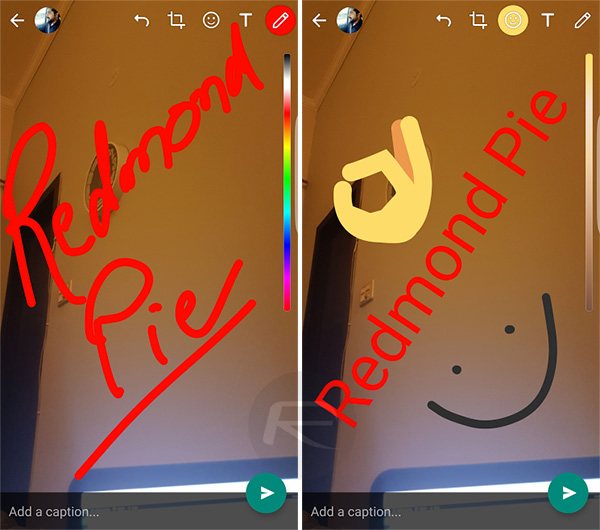 One thing to note here is that while these new updates to WhatsApp for iPhone are extremely beneficial to users, and will definitely be taken advantage of on a huge scale, they are by no means a unique proposition introduced by WhatsApp. As previously mentioned, Snapchat has built a company and an experience on these foundation features, with Facebook-owned Instagram also introducing this level of functionality under the guise of Instagram Stories not that long ago. All that said, the iMessage experience with the new Messages app in iOS 10 also offers similar but more powerful functionality.

If you don’t currently see this feature on your phone, make sure you update to the latest version of the app from the App Store.