WhatsApp For Windows Phone 8 Will Look Like This [IMAGES]

WhatsApp is undoubtedly the most popular cross-platform instant messaging service for smartphones. It works on all major mobile platforms – iOS, Android, Blackberry OS and Symbian – over Wi-Fi / cellular data and allows you send and receive text messages, photos, videos for free. With so many smartphones in the hands of teenagers and young adults, it’s no surprise that many of them prefer using WhatsApp over services like Blackberry Messenger and iMessage.

You may have noticed a missing major platform in the previous paragraph: Windows Phone. Yes, while the developers did release WhatsApp for Windows Phone 7.x, it was later pulled out of the Windows Phone Marketplace. It was later revealed that the company was coming up with an all new version of the app which will likely be a pay-only app.

The screenshots show support for Windows Phone 8’s customizable live tile sizes , but not a whole lot else. The overall UI still has a very much Windows 8-style feel to it with sharp contrasts, boxy message boxes, text that goes beyond your display’s edge etc. etc. 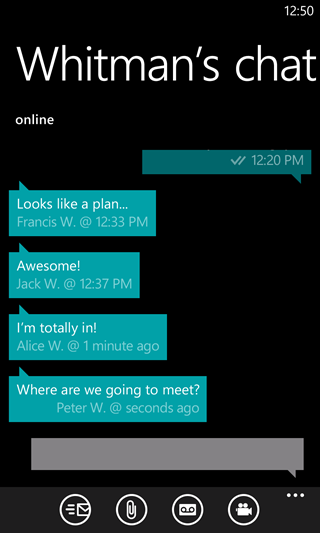 One of the screenshots show a Calendar entry which reads, “Monday Morning WhatsApp released Windows Phone version. Mon, Nov 28, 10AM”. This would usually be considered as the app’s release date, but as WindowsPhoneDaily notes, this is the same date that was shown in screenshots from WhatsApp for Windows Phone 7.5, so – besides it being more than three months from today – it would be unreasonable to call this WhatsApp 2.0’s release date. 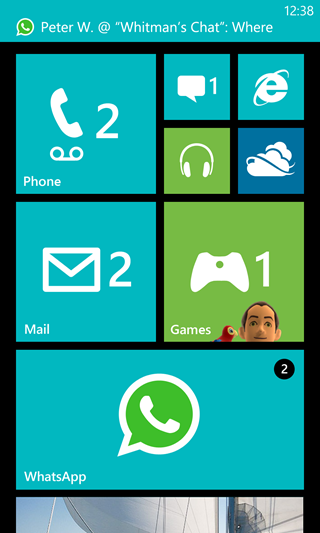 We don’t have any solid release date for WhatsApp’s return to the Windows Phone Marketplace, but it should be in days / weeks instead of months. Unless of course, they decide to release it alongside Windows Phone 8 Apollo which is expected later this year. 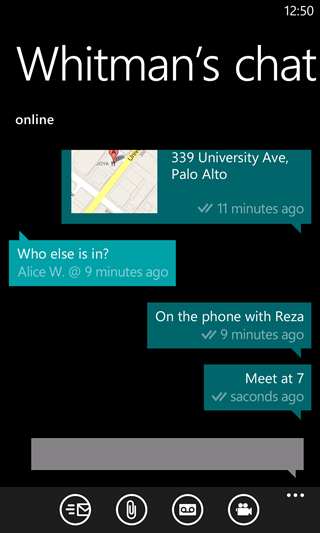 *I still have a hard time not being impressed by how awesome the name “WhatsApp” is. It’s “What’s up?” – one of the most popular first questions to ask on a chat in an instant messaging service – but with “app” instead of “up” since, you know, it’s an app for smartphones. Genius, I tell you!