One of the things about Windows which a great deal of users have come to love is also one of the things which a lot of people have taken the opportunity to have a dig at the Redmond company for. There’s no doubt that Windows has been the most popular desktop operating system over the years, with millions of people across the world loving the fact that Microsoft has introduced new versions of the OS while rigidly sticking to a tried, tested and familiar visual user-experience. By that I mean it doesn’t matter if you pick up Windows 98, XP, Millennium, Vista or 7, you automatically know from experience where things are and can get up and running right away.

That is also one of the things that a lot of people have chosen to criticize Microsoft for. The guys at Microsoft HQ know all too well that you can’t please all the people all the time, but the launch of Windows 8 and the move away from the oh-so-familiar user-interface over yesteryear should definitely do something to appease those who want change, even if it does alienate some who prefer the old way of doing things. Windows 8 is quite a large step from old into the new Metro UI way of doing things, but with the official launch of the product coming imminently, Microsoft can be enthused by the fact that it is starting to grab some new fans as time goes by. 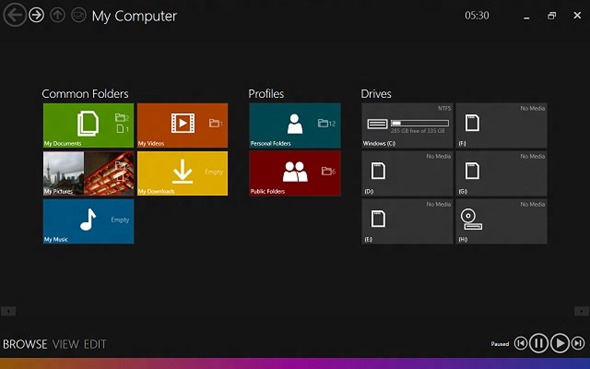 With a new Metro styled user-interface, and a new way of doing things, it is only fitting that users have an entirely new way of exploring and navigating around the system, something that is now possible thanks to the Immersive Explorer software that attempts to let the end-user focus on what is actually important to them rather than opening up multiple Windows Explorer instances and flipping like a mad man between screens. When in action, the Immersive Explorer app allows users to gain access to file management type options that are located at the bottom of the display while concentrating on being immersed in the content in the main interface. It actually manages to live up to its name by allowing simplistic zooming and interrogation of images that immerse the user in the content.

In terms of use and getting up and running with Immersive Explorer, it couldn’t really be any simpler due to the fact that there is no installation process. The main visuals are extremely self-explanatory with navigation options in the top left hand corner of the display along with the Browse, View and Edit options at the bottom. All of the usual file management options are also included as you would expect, like the ability to create new folders, directly edit files and view advanced properties of files all accessed through a simple right click on the file. 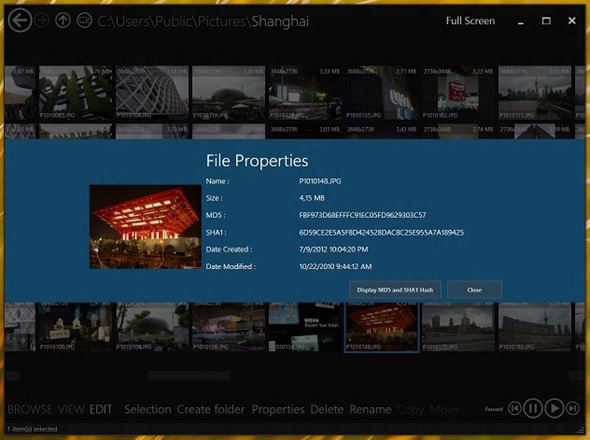 The package itself is compatible with Windows Vista, Windows 7 and Windows 8, so if you aren’t ready to make the leap to the latest styling of Microsoft’s new OS just yet then the Immersive Explorer experience could certainly revamp the exploration experience of previous versions of Windows.