What’s The Time On Mars? This App For Windows, OS X, Linux Will Tell You!

Although Apple themselves have been the center of attention for most of the last few weeks due to the imminent announcement and launch of the new iPhone, there has been an organization that has dared to try and steal Apple’s thunder in the last week. Those guys are the National Aeronautics and Space Administration (NASA), and have taken it upon themselves to thwart the hype around the new iPhone by blasting the Curiosity Rover onto the red planet to send images back to earth that document its findings.

If you happen to be one of the many millions of people around the planet who are watching in utter amazement as Curiosity sends back its staggering imagery from Mars, then the chances are that you are keen to learn as much as you can about the mysterious red planet. Unfortunately, due to the limited knowledge that we have about Mars, we can’t produce an information resource that tells the whole story, but the makers of the Mars24 Sunclock application have produced the next best thing with their Java-based app which shows the local time on Mars as well as other impressive things. 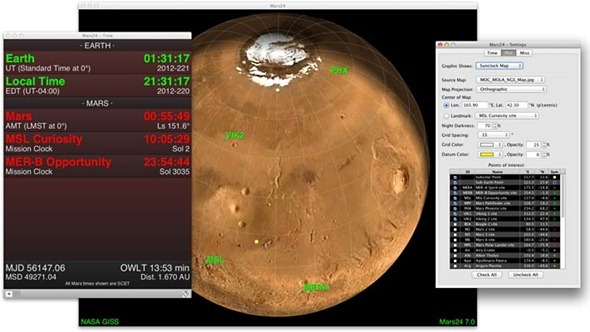 Mars24 Sunclock is a stunning app, and considering that it’s available for Windows, OS X and Linux as well, it is also a piece of software that will amaze those space fans out there who are keen to see what’s happening above and beyond. When installed the app is presented in a double window-based interface that shows the local time on earth as well as Mars time in various parts of the planet. 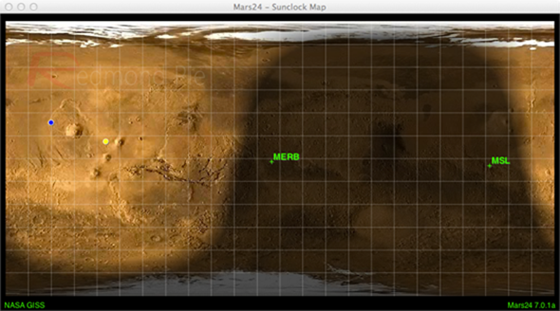 The second and larger of the two windowed interfaces, is displayed a rather gorgeous looking sunclock that displays parts of the red llanet’s surface that is covered by shadows as well as sunlight. The sunclock is a graphical representation of the actual planet, and in all honesty, is extremely fascinating to look at. Additional displays on the app include the ability to see a plot showing the relative orbital positions of Mars and Earth, something that is amazing to witness on the screen in front of you. 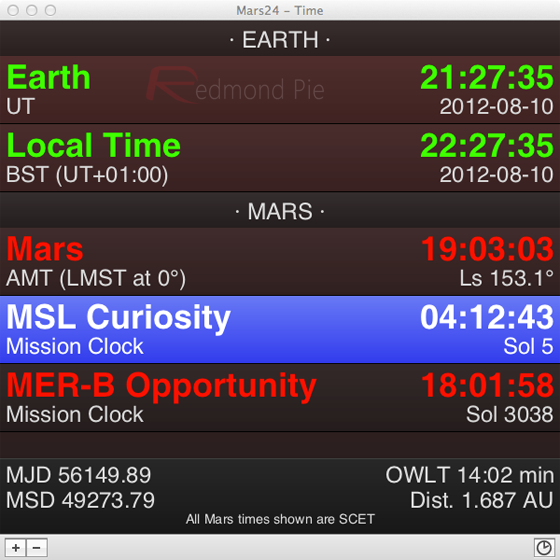 Head on over to the official NASA download page to grab the Mars24 Sunclock app. If you happen to be an OS X Mountain Lion user then the only way to run this app is to turn Gatekeeper off in the security system settings due to the app not being digitally signed.