When we talk about Apple, the first products springing to mind are the MacBooks, iPhones, iPads, and iPods, devices of which have all had a hugely significant impact on their respective markets over the past 10-12 years. That said, before the last decade, Apple was nothing more than a computer company, competing with fierce rivals Microsoft while creating plenty of innovations of its own.

The Original Macintosh is a far cry from the current state of affairs. As I type these words before you on a MacBook Air, the thinness and power packed herein is nothing short of phenomenal. Thinking back to the old Macintosh computers – the monstrosities that they were – it’s hard to believe how far computing, and Apple, have come, and an old, unaired advertisement has sprouted from the archives is a great deal more basic and to-the-point than the swish, slick advertising ploys the Cupertino company manages to pull nowadays. 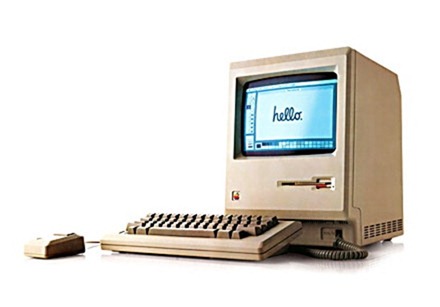 The thing I love about this advert is, it’s pretty much no-frills geekdom. A bunch of Apple specialists (or fellows, as some are referred), talk about the various ins and outs of building the Macintosh computer. The clip begins with Burrell Smith, labeled as the "Hardware Wizard-Macintosh" (now we know how the "Genius" label came to be, and features numerous other team members including Andy Hertzfeld, the software aficionado who shared the video.

Apple decided against pushing the post through, as it was deemed to be too self-congratulatory, although having just checked back to Jony Ive and Co. talking about the new Retina MacBook Pro, I’m not so sure PR Team’s Modesty-Preservation members are still on the payroll.

The commercial dates all the way back to Fall 1983, and as we now know, Apple saw a host of ups and downs in the following decades before really finding its feet with the release of the first iPod. Since then, the company has gone in all different directions, and it’s been a case of one success after another.

Luckily for those not too enthused to see a bunch of brainy whipper-snappers talking rather smugly about their accomplishments, the ad was only seen by a few at the time, but you can now view it in all its glory below. Enjoy: