Apple Co-founder Steve “Woz” Wozniak has become the latest high-profile technology entrepreneur to chime in with an opinion on the Apple-FBI encryption situation. Wozniak took the opportunity as part of an appearance on a TV talk show to give an insight into his own personal opinion on the situation. As you might expect, Woz shares the opinions and values of Apple and its current CEO, Tim Cook, and wasn’t shy in expressing those opinions as part of his appearance on the talk show.

Wozniak is famous around the world being one of Apple’s original co-founders, along with Steve Jobs and Ronald Wayne. He’s also known in conference and tech circles as being someone who is extremely keen to articulate his thoughts and experience to crowds that generally hang on every word he says. However, in this particular case, Wozniak was straight to the point in his belief that the FBI has picked the “lamest case they ever could” as part of its attempts to force Apple’s hand. 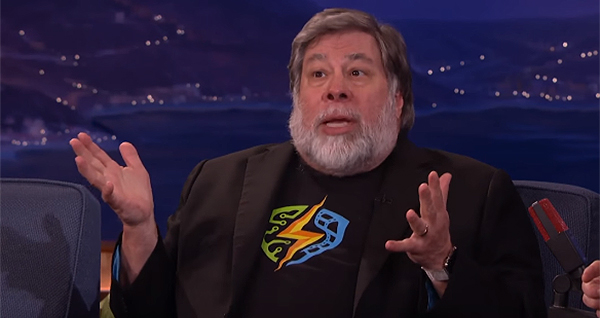 Woz was quick in pointing out why he thought so:

Verizon turned over all the phone records and SMS messages. So they want to take this other phone that the two didn’t destroy – which was a work phone – and it’s so lame and worthless to expect there’s something on it and to try and force Apple to expose it.

Rather than simply offer up an opinion without any foundation on why the idea of a “GovtOS” backdoor into the iPhone is a terrible one, Wozniak took a trip down memory lane to his old coding days and working with Apple products to explain his opinion in the best way he could on what it means in terms of the bigger picture:

A couple of times in my life, I tried writing something like a virus that could spread itself between Macintosh computers. And each time I threw away every bit of code I’d written. I was so scared inside, because you do not want to let something like that out. Once you create something like that, there’s a good chance hackers will get into it.

Wozniak’s affiliation with Apple as a company is by no means an indication that he would side with the views of the business. With that said, given that Woz is also co-founder of the Electronic Frontier Foundation (EFF), an organization that looks to protect individuals’ rights within technology, it’s hardly a surprise that he carries these views.