With Apple’s iOS 9.3 readying for a public launch, one of the most talked about inclusions has to be the excellent Night Shift feature. Apple has taken the internal decision to include a functionality directly within iOS that adjusts the color temperature of the device’s display based on the time of day for optimum and comfortable viewing. Surprisingly, the App Store team, which is predominantly responsible for checking all submitted apps for App Store download, has just approved an app called FlexBright which essentially offers similar functionality to Apple’s own Night Shift feature. We say it’s surprising because it was not too long ago when Apple asked the makers of F.lux app (the pioneers of this functionality) to pull their sideloadable iOS version which was launched late last year. This now makes FlexBright the first third-party app on App Store to allow for such a functionality.

FlexBright bills itself as an app that will “help keep your eyes healthy and detect eye fatigue throughout the day”. It also then goes out to provide a little information about how blue light can keep people awake at night and that exposure to bright light causes eye straining which can lead to serious eye fatigue. Of course, the company’s solution has been to produce a native app that was capable of implementing blue light reduction functionally where required. This has resulted in the availability of an app that offers similar functionality to Night Shift, albeit a little less flexible due to OS restrictions in place by Apple. 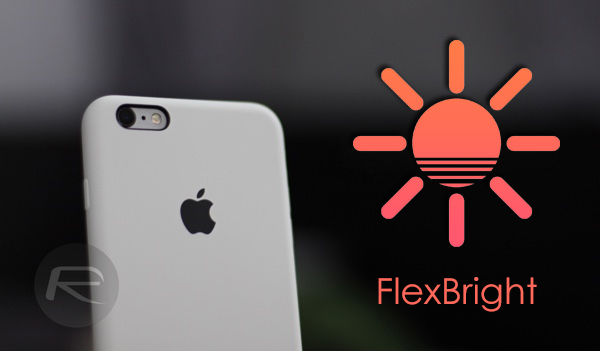 FlexBright packs the Night Shift-esque ability to schedule a specific time in the day when the color temperature of the iPhone or iPad should change, but due the the restrictions in place in iOS as mentioned earlier, instead of doing it all automatically, the app prompts users with a notification when the device’s display temperature is being adjusted. Once that notification has been interacted with, FlexBright simply triggers the color temperature change. Apparently, relying on the notification alert system was the only way for the developers to get the app approved onto the App Store. 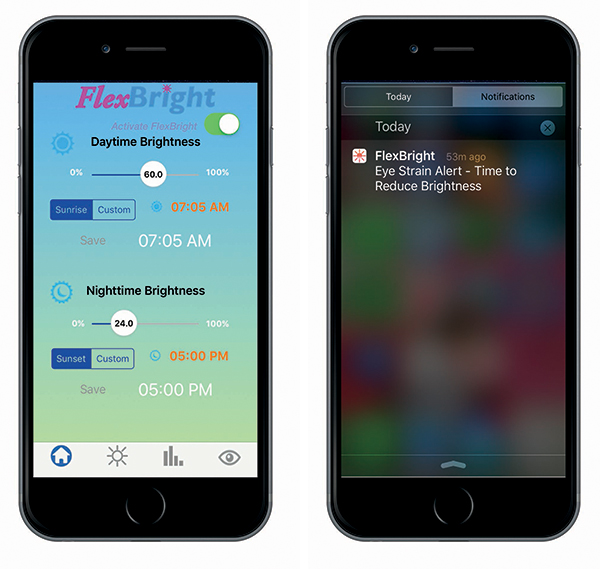 In terms of features, FlexBright comes bundled with a smart EyeStrain Monitor that professes to monitor and calculate eye exposure to blue light. There’s also an alert system in place that provides a prompt if high blue light exposure is detected prior to going to bed for the night. As part of that alert system, users also get periodical notifications and warnings prompting them to rest their eyes after a day of high strain has been detected. As an added value, FlexBright also packs a Dark Mode which enforces a black and white color spectrum on the device. 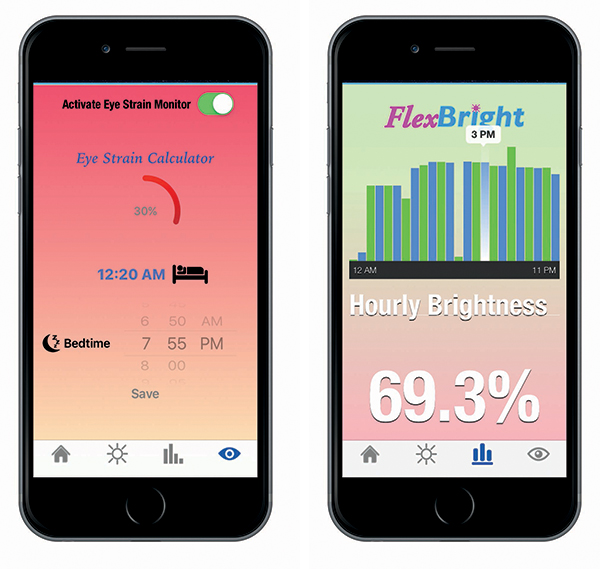 Again, due to the limited imposed on developers by Apple, the FlexBright experience is never going to be as seamless as Night Shift will be, or as f.lux is on a jailbroken device with full privileges. The FlexBright experience does however run in the background of the installed phone, and does offer a nice manner in which to invoke it through a notification and time-based setup system in an attempt to make the experience as “native” as possible.

FlexBright is available for purchase right now for $2.99 from the App Store and is compatible with any iPhone or iPad running iOS 7 or greater.

Update x1: Uh-oh. Looks like Apple has pulled the app from the App Store.

(Download: FlexBright for iPhone and iPad from the App Store)