Apple’s iOS platform has come a long way, and over the years, the company has clearly listened to consumer feedback and taken the opportunity, where it feels necessary, to implement some suggestions. We have seen iOS receive the Notification Center including the ability to add widgets to that dedicated area within iOS, but even with that considered, we still don’t have the fully extensible widget experience that a lot of iOS device owners would like. Step forward jailbreak tweaks like the recently updated WeatherBoard 2 for iOS 9 to address that particular user-desire.

WeatherBoard has been an extremely popular jailbreak tweak over the last few years, purely because it exists to bring functionality to an iOS device that users genuinely seem to want. Such is the popularity of the package that it’s actually been worked on consistently and updated for every major version of Apple’s iOS since its launch, which includes iOS 7 and iOS 8. Now in an effort to further expand its reach onto more modern devices, WeatherBoard 2 has been updated to bring iOS 9 compatibility to anyone with a jailbroken iPhone or iPad. 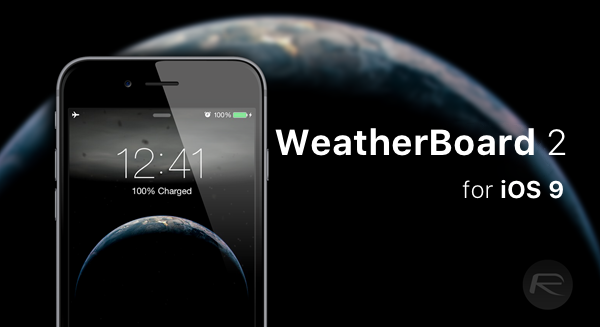 So, for those that may be new to jailbreaking on iOS 9, the general idea behind WeatherBoard 2 is that it brings temperature and weather forecast data directly to the Home screen and Lock screen of an iOS device. Unlike Apple’s own Weather widget, which sits within Notification Center and contains a number of icons and text, WeatherBoard 2 comes equipped with over 80 different animated wallpapers which essentially means that users can experience dynamic weather animations on the Home and Lock screens. 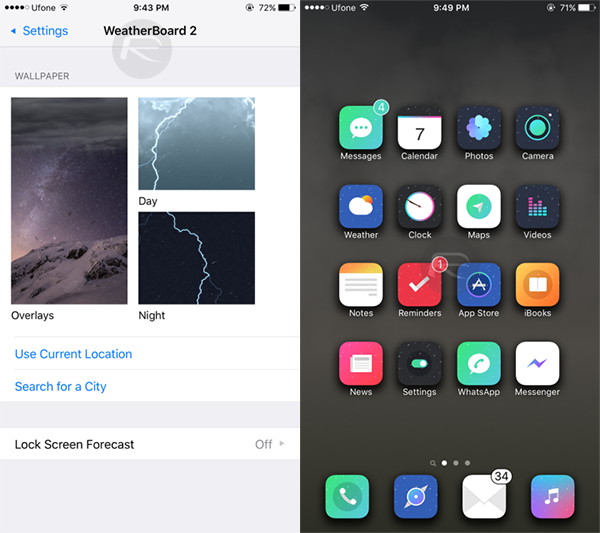 In addition to that functionality, there’s also the newly integrated support for the iOS 9 Low Power Mode that has been designed to preserve battery life when the device reaches critical power levels. WeatherBoard 2 will now honor that mode on the device and disable all of its power sapping features, such as the animations. Support has also been extended beyond the iPhone, across to Apple’s other extremely popular mobile hardware range, the iPad. 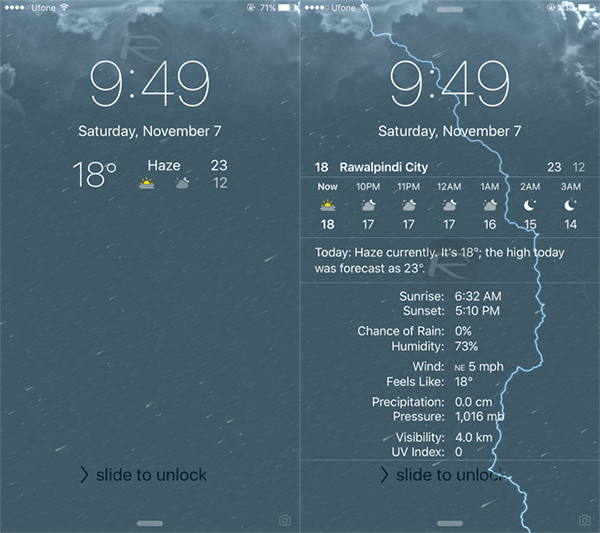 WeatherBoard 2 is available to purchase directly from within Cydia immediately for $2.49. The package supports iOS 9 and 8, with iOS 7 support offered via an older legacy version of the tweak, and lives on the BigBoss repository.