Along with the announcement of iOS 12 during Apple’s WWDC 2018 opening keynote, the company also confirmed that it was opening its updated CarPlay release up to developers to allow them to have their own navigation apps work on in-car touch screens.

Currently only Apple Maps is available to drivers who are lucky enough to have CarPlay-compatible cars but when iOS 12 ships later this year, everything will change. Now we have two confirmations that new apps will support CarPlay with iOS 12 – Waze and Sygic. 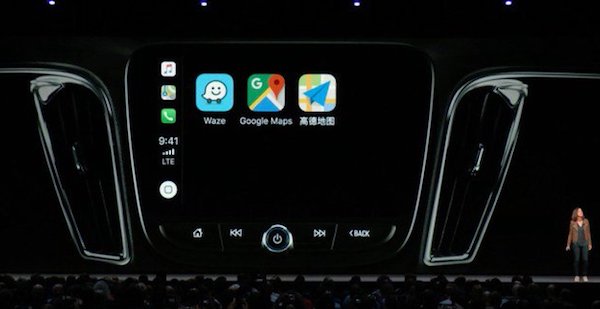 Starting out with Waze, the ever popular Google-owned navigation app, we have confirmation via Twitter that work to upgrade the app to support Apple CarPlay is underway. While concrete details will apparently not arrive for a while, said to be “in the coming months,” the sheer fact that it is in the works at all will be great news to fans of the app that many regard as a must-have for anyone wanting to avoid traffic when out on the road.

Moving on we have Sygic Car Navigation whose developer confirmed to our very own Taimur Asad via Twitter that iOS 12’s move to allow third-party navigation apps will see the app aim to have its own CarPlay-compatible update ready, too. Sygic assumes that iOS 12 will arrive in September and will apparently aim to have an update ready in time to be there on launch day.

Apple’s move to allow third-party navigation apps in the CarPlay ecosystem is one which is arguably coming much later than it should, but the fact it is finally arriving as part of iOS 12 is still one to be celebrated. If you’re a Waze or Sygic fan then you should be a happy bunny tonight and we cannot wait to see which other apps follow suit.

We’re excited to initially announce that we will be working to upgrade Waze to work with Apple CarPlay, and will be able to share details on roll-out in the coming months.

of course, we are planning. Right now we are working on our options. iOS12 will be available from September and we are working as hard as we can to be on time with this date.

We’re looking at you, Google Maps.