When YouTube launched its YouTube Live service, the prospect of watching live streamed video from all our favorite content providers excited us all. There was just one problem though – YouTube’s Live streaming was very much a Flash affair, leaving us iOS fans out of luck. But as is usually the case though, there’s now an app for that.

Well, a web app to be exact. 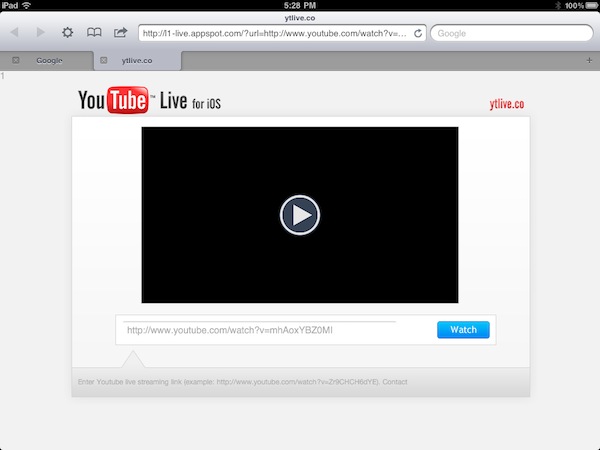 YTLive promises to bring streaming goodness to iOS via their web app. The site works by taking any YouTube Live URL and then converting the Flash stream into something iOS can understand. The result is a (relatively) seamless experience and one that’s certainly better than the alternative of, well, nothing. Just hit play and you’re good to go.

(EDIT) While YTLive was indeed working correctly yesterday, upon testing it again today the site appears to be down. Hopefully this is just a temporary glitch as it worked well before. Fingers crossed YTLive returns sooner rather than later.