Google finally revealed the Nexus 6 on Wednesday, along with a bunch of other firsts for the search giant. The Motorola designed Nexus 6, is the first ever Nexus device from Motorola, and it is Google’s first attempt at a phablet. Now here’s a look at what is, the first unboxing video of the Nexus 6.

While the device is set to go on pre-order starting October 29th, T-Mobile’s Product Manager, Desmond Smith, has published a video of the device’s unboxing using Vine, offering a small glimpse at the Nexus 6. The video shows the smartphone out of the box, and then with its screen turned on, and that’s about it. According to a tweet by Smith, the retail package may vary from the one seen in the video, as the box belongs to a test unit provided by Google. 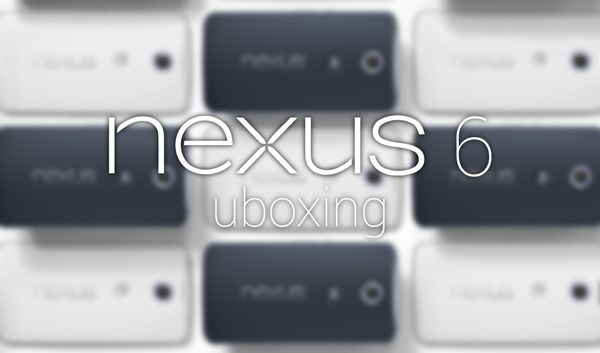 Indeed the launch of a 6-inch Nexus smartphone has Android fans battling some very mixed emotions, all because the phone is monumentally huge by any smartphone standards. Be as it may, the device has this alluring sleek design akin – actually identical – to the new Moto X, which beckons users to compromise on the size, just this once.

The Nexus 6 however, has made no compromises with the hardware specs this time. The phablet sports a smashing quad-HD display, powered by a 2.7GHz quad-core processor. The monster of a phone with its 13-megapixel rear shooter and 2-megapixel front camera can be had with a storage capacity of either 16GB, or 32GB. Nexus 6 brings in new front-facing stereo speakers as well, and is running the latest Android 5.0 Lollipop OS.

This would mark the first time that any Nexus device has been well received by all major U.S carriers, including the likes of AT&T, Verizon Wireless, U.S. Cellular, Sprint, and of course T-Mobile. So whatever carrier you are on, you can be sure the Nexus 6 will be coming to you.

While not much can be ascertained with the release of this unboxing video, there’s not much left to confirm either. However, with a few Android fans still battling that questionable need for a phablet, more unboxing videos and reviews will do the device huge favors. I am personally inclined towards the device, but I’d rather wait for some more in-depth reviews and videos of the device, before calling it a winner!

Let us know what you think about the Nexus 6. Opinions on the device may vary as the size and design of the phone sinks in. Sound off in the comments section below!