The Apple Mac today celebrates its 30th birthday, and as the famed computer passes the three decade mark, Apple has marked the special occasion by releasing a video dedicated to telling the story of the iconic machine. The clip features various recognizable characters, from Moby to Hans Zimmer, all of whom reflect fondly on how the numerous Mac models have changed their lives for the better.

What started out as the Macintosh 128K on 24th January 1984 now spans various different models, and although the original Mac did sell very well – 70,000+ units in just four months – Apple’s market share has grown significantly higher since those days.

There’s no doubt that the popularity of the iPod in the early 2000s, followed more recently by the iPhone and iPad, has helped the Mac’s cause. Prior to these products, Apple was rather like any other well established computer-making company of the nineties, save the fact that its product range was considerably higher priced. This fact mightn’t have changed in the modern Digital Age, but it’s fair to say that the Mac roster is very much recognized on its own merits. 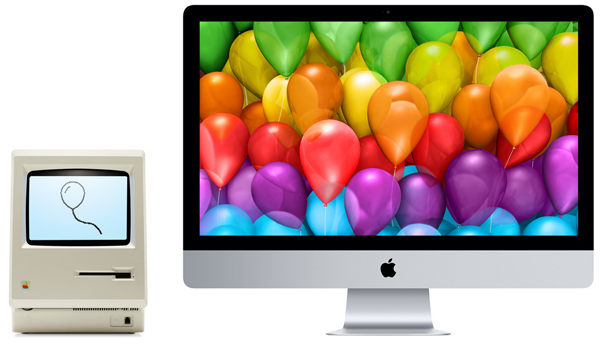 When we consider the points in recent times where Apple really changed the game, we may be inclined to recognize those aforementioned mobile products, but lest we forget that the original MacBook Air was a truly innovative marvel; one that rivals have since tried – and largely failed – to emulate.

As well as the Air, we have the almost-as-thin-yet-more-powerful MacBook Pro, allied to the micro desktop experience of the Mac mini, the all-in-one iMac desktop, and the brand-new powerhouse (albeit somewhat trash can-esque) Mac Pro. Each of these products have, in some way, evolved from a computer that first hit the scene thirty years ago today, and with such a broad and appealing roster nowadays, it’s no wonder Apple wants to celebrate the occasion in style. 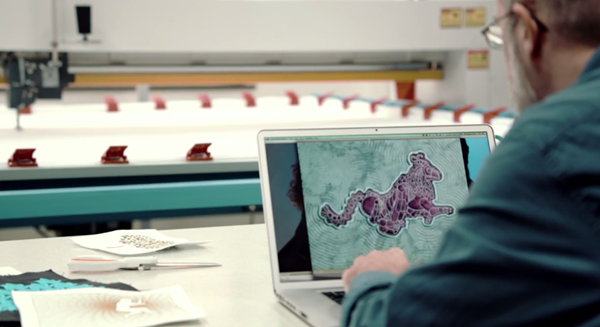 As well as listening to the opinions of various celebrities and creative individuals with some vested interest in Mac, the dedicated webpage is also asking consumers about their Mac experiences, presenting some of this information in the form of infographics.

Although not personally a veteran of the Mac scene – my first purchase was a 2012 MacBook Air – I do admire what Apple has done for computing, and despite not having found myself ready to ditch Windows entirely, it has to be said that the user experience on OS X offers a great alternative take.

Check out the celebratory video embedded below, and be sure to leave your thoughts via the usual channels!