Google’s Android Wear is one of the next big things in the technology world, and the company is ensuring that you don’t miss out on that. The Mountain View company has just released a number of ads for the Android Wear (four, to be exact) that showcase how useful the new form of gadgets can be, and what cool features they have on offer.

The first ad, which runs the longest, focuses on real-life scenarios where you might find a companion watch as smart as Android Wear useful. The remaining three, however, run at fifteen seconds each, and showcase specific situations where a particular feature can come in handy, without talking about anything else (it’s just 15 seconds; what else can you expect?). The slight issue with this otherwise remarkable advertisement chain, however, remains the fact that akin to Google Glass ads, these, too, focus on “real life” scenarios that you’re highly unlikely to come across in your daily life, unless your lifestyle represents that of Indiana Jones. I mean, how often do you expect to come across a situation where you would want to ask your watch the weight of an elephant whilst on a safari? Probably not very often. 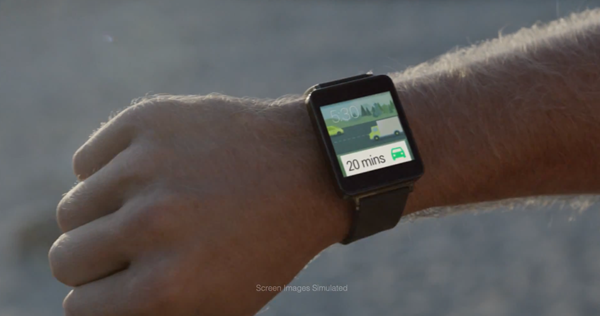 Smartwatch realm isn’t something new, with multiple companies having tried their hand at one point or the other in recent years. Although Sony Ericsson’s LiveView was the first proper smartwatches, it was not until Pebble’s resounding Kickstarter success that the concept really took off. Since then, there have been several offerings in the market, running their own customized OS (if any at all). With Android Wear, Google is aiming to straighten out the fragmentation and ensure that future offerings, especially those for Android phones, deliver a similar user experience. Your current options in Android Wear offerings include the Samsung Galaxy Gear and LG G Watch, with Moto 360 just around the block. There will, of course, be more offerings to choose from in the future.

Google’s promotion of Android Wear also comes at a strategically important time. With its biggest competitor, Apple, rumored to be ready to unveil its own iWatch sometime before the end of this year, things can really heat up for our favorite droid. Of course, until we know what Apple’s offering will (if ever) entail, it’s all speculation, but the folks over at Mountain View appear to be taking it seriously enough.

All four of the ads can be viewed below in their entirety.