With Microsoft pushing the Release Preview of Windows 8 and a Release Candidate build of Windows Server 2012 today, it seems that the download fun doesn’t end there, with Microsoft Visual Studio 2012 RC also being available for users to download. Users can now start preparing for what Microsoft call the "next generation of development", claiming that developers can’t predict the future, but they can get there first.

The latest version of Visual Studio promises developers the ability to create high quality applications using a tool that allows advanced team collaboration with life-cycle management utilities. Visual Studio 2012 allows developers to get off the ground running with several default project templates for the creation of Metro-style applications. Chosen templates will differ depending on what language the developer is using with support for Metro app creation in HTML, JavaScript, XAML, C++, C# and Visual Basic languages.

The creation of high quality applications is also something which Microsoft is aiming for with the release of VS2012, with the inclusion of high quality testing and debugging tools that allow local debugging, as well as the ability to debug apps on the simulator and remotely on a connected device. Microsoft have undergone a lengthy process in an attempt to ensure that Visual Studio 2012 allows continuous value and quality to be delivered through the use of the software. With the inclusion of what they called Application Lifecycle Management, development teams of any size can be confident that required collaboration to deliver apps will be seamless and problem free. 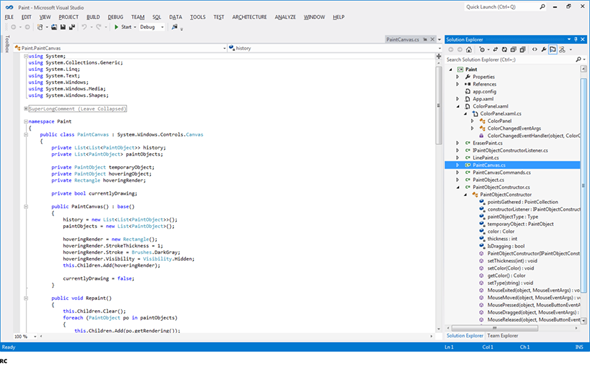 The Visual Studio 2012 RC is available to download from from the official VS product website and includes a lot of final touches and enhancements that makes it substantially different from the previously released beta versions of the product. The changes and feature upgrades made to this latest version of Microsoft’s IDE are substantial and are covered thoroughly on Jason Zander’s blog.

Visual Studio 2012 is available to download from the Visual Studio product website, with users being able to get their hands on the Ultimate, Premium and Professional versions along with Microsoft’s .NET Framework 4.5 RC required for the install. As always with pre-released builds, treat this installation accordingly and make sure to read the supplied read me files attached with the downloads.