By now, we’ve established a reasonably solid idea of what to expect from the iPhone 6, and having seen a myriad of mockups over the last couple of weeks, some high-quality comparison videos have just emerged that note of the similarities and differences between it and the current iPhone 5s. Given that the upcoming device will, from what we gather, be largely remnant of the iPod touch, one of the clips also looks at how the iPhone 6 holds up against the forgotten member of the iOS device line.

Never before has such fanfare been made of a smartphone as with the iPhone 6. Even though nothing has been confirmed, the fascination with Apple’s apparent decision to push a larger, radically redesigned handset has gotten the tech world in something of a frenzy. 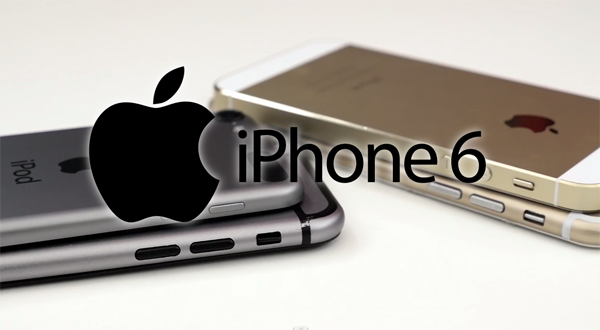 In the first video released earlier today by 9to5Mac, Dom Esposito takes us through a comparison of the Space Gray iPhone 6 mockup versus the corresponding shade of iPod touch, while also weighing a Gold iPhone 6 dummy against its current-gen counterpart.

As you’ll see from the clip, the mocked-up iPhone 6 is a lot more iPod touch than it is iPhone. The profile is notably thinner than the iPhone 5s, and from every possible angle, takes its design cues from the iPod touch.

In another video, which has manifested courtesy of Macitynet.it, the darker iPhone 6 model is checked out in a similar fashion, with the iPhone 5s once again present to offer a sense of perspective.

As well as being notably thinner than its prospective predecessor, the iPhone 6 will also boast a larger surface area thanks to its increased, 4.7-inch display size. A further, 5.5-inch variant is also expected to land at some point later in the year, too, and while both of the above clips allow us to get up close and personal with the smaller edition, hopefully we’ll soon get to see how the “phablet” model stacks up.

According to the most recent info doing the rounds, the 4.7-inch iPhone 6 could be announced as early as August. It has been suggested that Apple has several new products in the pipeline for announcement in the third quarter of this year, and with the so-called “iWatch” touted alongside a bunch of other key announcements, Apple fans have much to look forward to in the coming months.