Viber Announces Viber Out, Lets You Make Calls To Any Phone Number Worldwide

The act of Skyping may have become synonymous with the act of VoIP communication, but it’s by no means the only service available to those looking to make cross-platform calls spanning continents. Viber has carved itself out a substantial portion of the market, and today, has launched Viber Out, which brings cheap outgoing calls to landline and mobile numbers across the world.

Skype already does this, as most of you will be aware, but Viber’s service purports to be a great deal cheaper. Indeed, the chart below shows just how many hundreds of percentage points one could save by switching to Viber, and considering that most calls go on for longer than the three minute examples shown, customers could potentially pocket a small fortune in money unspent. 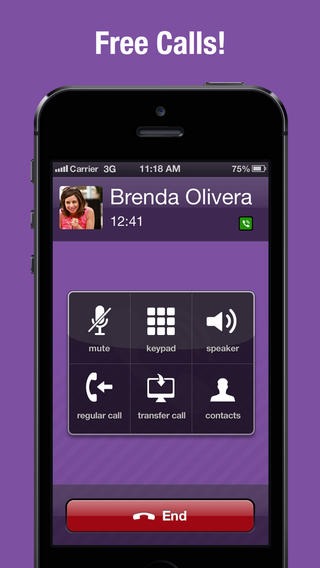 The Viber Out feature doesn’t arrive as a standalone app, but rather an update the desktop, iOS and Android versions. The iOS edition is bumped up to v4.1, while the Play Store app now sits at v4.1.0.665, and for both, the new Viber Out implementation is the major change.

Viber has grown considerably in the past few years, and now boasts a mammoth user base of 200 million users in 193 countries. From now, anybody rocking the iOS or Android apps, or indeed the desktop app, can take advantage of the savings provided with Viber out, although Windows Phone users will, as ever, have to wait for the time being. 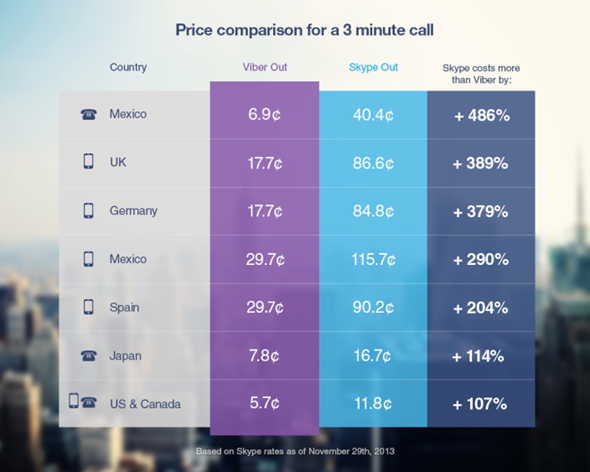 The app took a while to show up at the Windows Phone Store, and while today’s press release from Viber notes that this big update is "coming to Windows Phone," the vague ETA of "in the future" doesn’t exactly fill us with a great deal of confidence.

Then again, Windows Phone users will be more than used to the wait, and hopefully, this delay in cooking up a WP version won’t be as painstaking as it was for the Instagram app, which finally arrived last month.

Anywho, check the links below for the update on both Android and iOS.