Galaxy S4 Crystal Edition Announced, For Those Who Can’t Get Enough Of Gold

This year, around July, it emerged that Apple could be introducing a gold, or “champagne” color configuration of its forthcoming smartphone, which we now know to be called the iPhone 5s. At the time, commentators didn’t really know what to make of it, but the response, coupled with the lack of availability of the gold model due to huge sales, spoke for them. Samsung already had a stab at bringing out a gold Galaxy S4 (although this was not, the company maintains, a shameless copycat effort), but now, the South Korean outfit has gone one better by taking the wraps off the – drums please – Galaxy S4 Crystal Edition.

The device is limited to 3,500 units, and is currently only available in Thailand. However, for the small price of 20,300, which, at the time of writing, equates to around $635 in the States, you could have yourself a flagship Samsung handset embedded with Swarovski crystals. 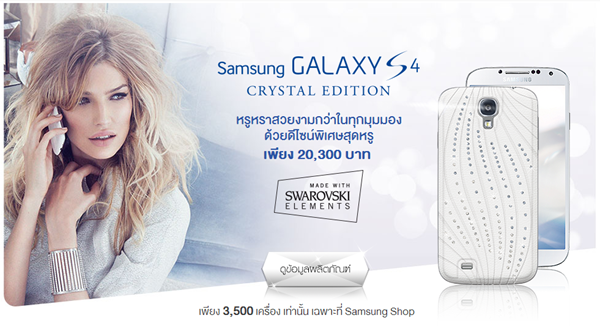 The cyrstals are infused into the back of the device, which also borrows that pseudo-leather rear shall as seen with the Galaxy Note 3. Although everybody has their own tastes and thus, make of this what you will, I personally couldn’t think of much worse than owning a plastic device, with a faux leather back cover, smothered with crystals; much less paying $600+ for the privilege.

Under all of the showiness, you get the same old Galaxy S4, but this definitely is not a bad thing. Technically, it’s still among the very best in the market right now, but if you want something a little more understated, you’re probably best off sticking with the standard colors. 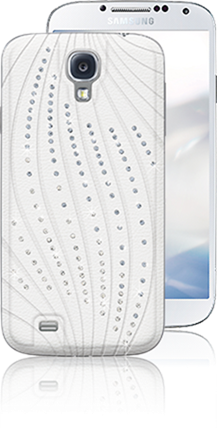 If nothing else, this release only reaffirms the notion that there’s nothing Samsung isn’t willing to try out, even if skeptics continue to bash these efforts. As well as gold, bright pink, and now crystal handsets emerging in large parts of Asia, the company has continued its one-man quest to continue releasing smartphones sporting the antiquated clamshell form factor, so if you’re on the hunt for something slightly out of the ordinary, the chances are, the Korean company will come through.

Since this is limited and only available in Thailand, don’t expect a major release in the Western world, although in the same breath, I suspect many of you couldn’t care less.