Ventana for iOS 10 brings Windows 10 desktop lock screen to iPhone, iPad and iPod touch devices. Here are the details on it.

If you have taken a look at your iOS device, whether that be an iPhone or iPad, when it is in its locked state, and thought to yourself that it’s utterly bland and in need of a revamp, then the Ventana tweak for jailbroken devices could be the package that you have been waiting for. It not only revamps the lock screen, but does so with an array of features and design principles inspired by Microsoft’s Windows 10. 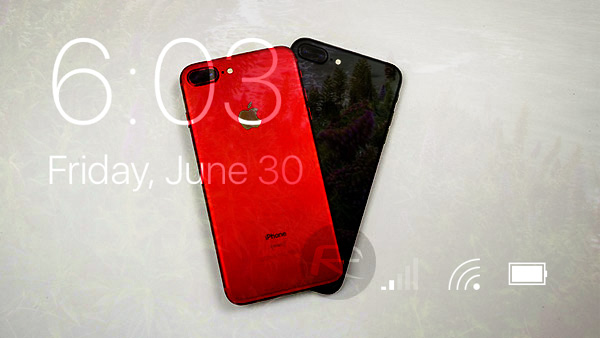 The list of supported features for Ventana is almost endless, and goes way above and beyond your standard tweaks that seem to hit the Cydia store these days. With that in mind, we will just dive right into what you get, starting with a lock screen that is actually put to good use with the available screen real estate used to the best of its ability. That includes instant support for native notifications as well as additional notification tweaks that can be installed for iOS 10.

CoolStar, who happens to be the developer behind this package, has also brought in some metro/modern-inspired notifications and Windows 10-like media controls to try and inject a little bit of Microsoft flair into the iOS lock screen. Those media controls are inspired by Windows 10 desktop on iPad, and Windows 10 Mobile when used on the smaller screen of a jailbroken iPhone. Users are also able to use and benefit from lock screen Quick Reply for notifications on iOS 9 and iOS 10.

One of the best aspect within this package is the lock screen suggestions for the iPad version, which are powered by Apple’s Siri suggestions, but themed to look like they have come from Microsoft’s Cortana, making it a great blend of form and function. 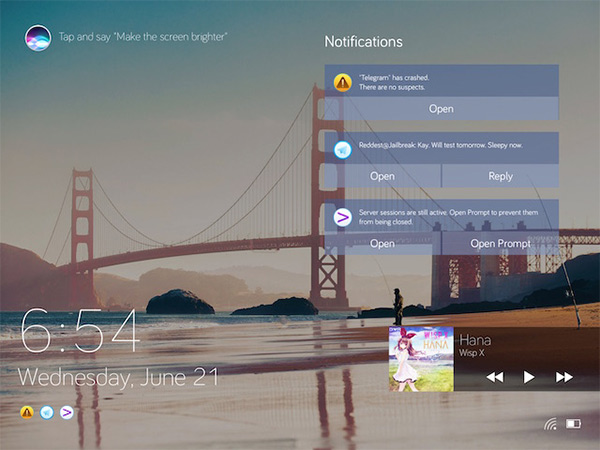 And if all of that wasn’t enough for you, there’s also the fact that it supports iOS 8, iOS 9, and iOS 10, allows you to swipe up on the lock screen to unlock the device, and even allows seconds to be activated on the lock screen clock for those who really need to know the time in the most granular of formats. 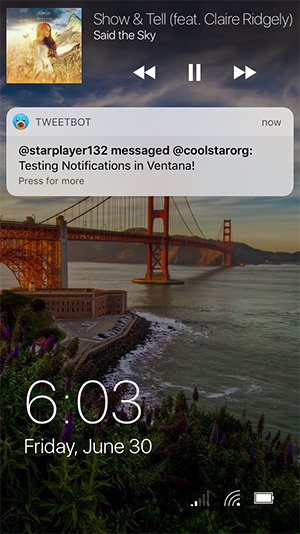 Ventana is a commercial package, available from the BigBoss repository in Cydia for iPhone and iPad for $1.99. It offers support for iOS 8, iOS 9, and iOS 10 as mentioned earlier, but with some feature-limitations depending on the version of iOS and the device it’s installed on.