Set your iPhone or iPad to alert you every time iOS automatically connects to or changes WiFi network with NotifyWiFi10.

Apple has consistently done a wonderful job of progressing most areas of iOS save for a few key areas which never seem to change that much, one of which is the settings pertaining to how WiFi networks are managed. One of the latest tweaks to land in Cydia – NotifyWiFi10 – looks to change that for jailbroken device owners by offering a bit more power and visibility around WiFi network activity. 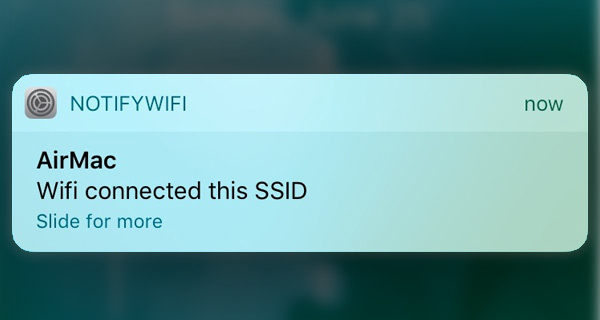 As the name suggests, NotifyWiFi10 is all about giving a little bit of power back to device owners and keeping them notified about what’s going on from a wireless network perspective. When the package is downloaded, installed, and enabled, it gives users the option to enable a number of features that are all network related.

As an example, a device owner can opt to receive banner and Lock screen notifications as soon as the device connects to or changes a wireless network. This is important as it could instantly alert the user when their device connects to an open network without their knowledge in public places, such as airports or hotels.

That notification gives the name of the SSID and instantly keeps the user informed. The tweak also contains the ability to set white and black lists internally, meaning that certain networks can be banned from ever allowing the device to connect to, and certain SSIDs can be added to the whitelist to let iOS know that they are safe for connection. The tweak ensures that the device behaves by turning off WiFi when the device connects to one of the networks listed on the blacklist. The package also comes with additional smaller functions such as instantly copying the network name to the clipboard so it can be pasted for reference, and even modifying vibration and notification behavior. 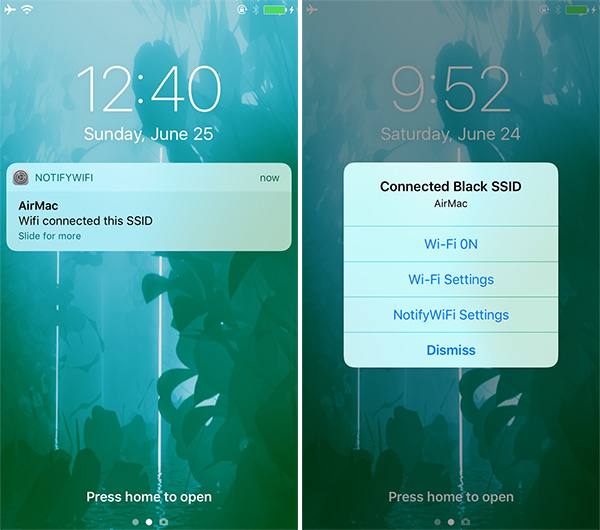 NotifiyWiFi10 is a commercial package available for download immediately from the BigBoss repository in Cydia. The package is compatible with iOS 10 devices and comes with a single purchase price of $0.99 which should include continual updates for the lifecycle of the tweak.