Smartphones of today are the ultimate example of the convergence of technology. These devices act as a camera, music player, video player, internet communications device, a phone and, in relation to this post, a powerful torch.

Yes, one of the most common uses of the camera’s LED/Xenon flash is as a torch. Now, a developer over on XDA-Developers has found a novel use for it: as a sort of notification for incoming calls! Check it out after the jump. 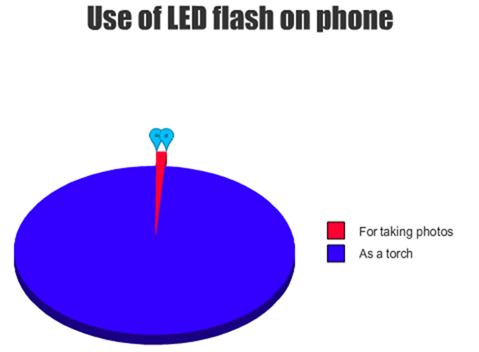 Firstly i saw few people asking for an application which can notify them with camera/led flashlight when incoming call. So i thought i would make one

Flash Blink is an application which can be used as a torch plus it give an feature of getting notified with the Camera Flashlight during a incoming call.

We’ve tested the app on a Samsung Galaxy S II on Android 4.0.3 ICS and can confirm that it works as claimed. The torch functionality as well as the flash-on-incoming-calls feature both work the way they should.

After launching the app, users are presented with two options/toggles: to turn on/off the Torch and, of course, enable/disable flashing torch on receiving incoming calls. That’s really all there is to the app.

I wish the app would allow user to set time when to enable/disable flash as a notification for incoming calls. I would prefer the flashlight to be activated after I go to sleep so that it comes easy to locate the phone in a dark room. 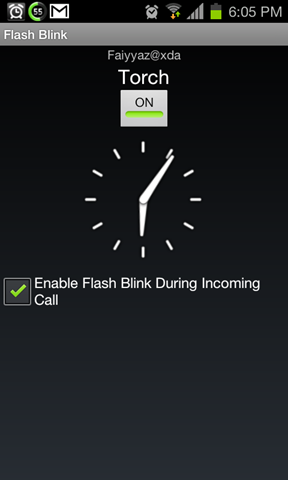 To install the app, you must first enable Unknown sources from Settings > Security so that you can sideload FlashBlink onto your device using its APK. After downloading the APK, simply tap it to begin installation.

FlashBlink is a free app and it can be downloaded as an APK from the link below:

Don’t forget to let us know what you think of FlashBlink by leaving a comment over on our Facebook and Google+ page.