You only need to stop for a second and have a look at the number of smartphone devices and tablets available in the marketplace to understand just how popular mobile devices are becoming in our everyday lives. For seasoned users of these devices, the ownership decision generally isn’t a difficult one as they tend to have their preferred manufacturers and preferred OSes and will only deviate if something exceptional enters the public domain. However, for those who may be new to the smartphone or tablet ownership, the decision about what device or OS to opt for can be somewhat overwhelming. 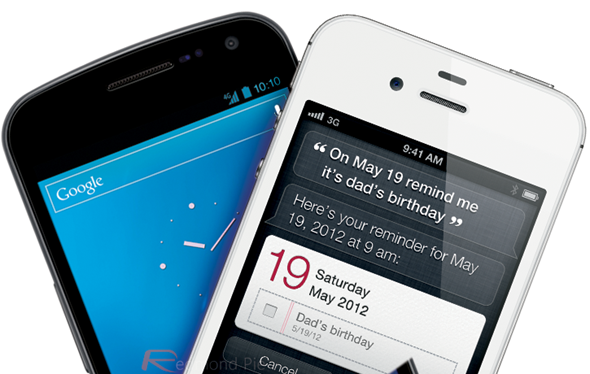 If the figures from a recent Flurry market research session are anything to go by, it would seem that the number of device activations across the iOS and Android platforms are rising at a rapid rate, indicating an increasing worldwide adoption of smartphones and tablets. At the back end of last year we were treated to some interesting insight into the fact that China had shot past the United States in Q3 of 2011 when it came to total volume of smartphone shipments, growing by 58% from the previous quarter. During the same period, the volume of devices shipped in the United States fell by 7% leveling out at a total of 23 million units. 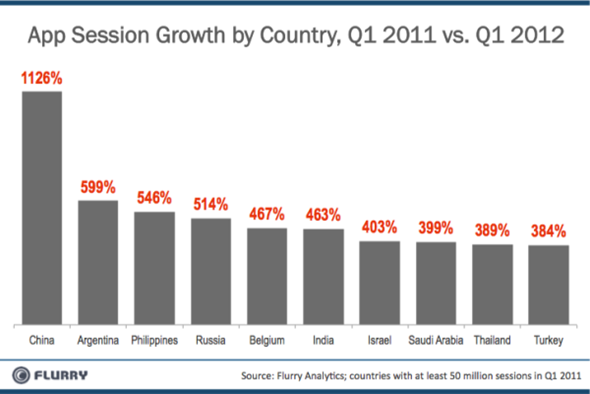 The latest research shows that the Chinese market is continuing to grow and has now surpassed the United States, and in fact the rest of the world, when it comes to Android and iOS device activations. In the last fifteen months alone; China has reportedly gained 16% of the world’s smartphone and tablet market, rising from 8% at the beginning of 2011 and tipped to rest at a staggering 24% by the end of the current calendar month. When making a direct comparison, the United States dropped from having a 28% share of new activations down to an approximate 21% during the same tracked period. 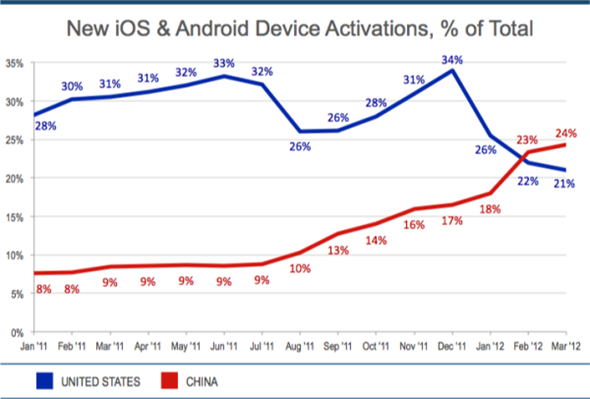 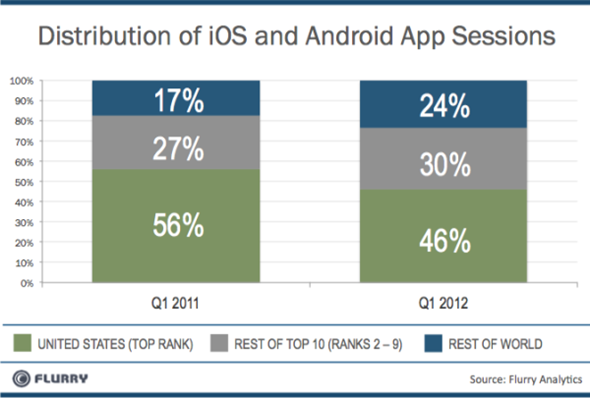 The researched figures would seem to confirm that the philosophy of technology companies paying more attention to and investing more resources into the Chinese market is a very sensible move as it looks like the Chinese population is becoming richer. The fact that China also has the largest app session growth over the last twelve months indicates that now is the perfect time for app developers to start appealing to the Chinese market, taking advantage of the Eastern boom.