Angry Birds has been to iOS and Android what Call Of Duty has been to consoles over the the last few years. Those crazy, unstoppable birds have flown as far as PC, Mac, Facebook and Google Chrome in their never-ending quest to defend the nest.

With three versions already on the market, Rovio has added a fourth edition to Angry Birds Rio, Angry Birds Seasons and the original version. First previewed earlier this month, Angry Birds Space takes things quite literally to another dimension. The initial trailer featured International Space Station rep Don Pettit, and was actually filmed in a spaceship, with Pettit test-firing plush toy versions of the fluffy birds at zero gravity. With Angry Birds now being one of the most lucrative franchises in the industry, the release of Angry Birds Space is simultaneous on a variety of platforms. There’s an iPhone, iPad, Android, Mac, and Windows iteration for you to enjoy – all of which are linked to at the bottom of this post.

iOS, and subsequently, Android, have sparked a huge wave of physics-based games, which combine simple concepts with increasing challenges to leave consumers hooked, and the original Angry Birds is arguably credited with sparking the initial interest. 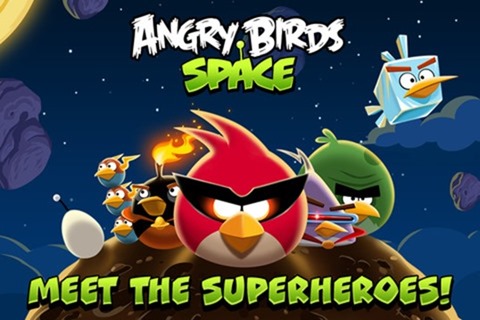 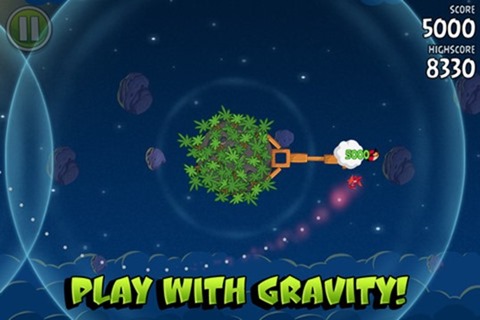 Angry Birds Space incorporates some of the physics we’ve already seen, but as you’d expect from outer space, the game contains planets with their own gravitational agendas – keeping things interesting. Up until now, the series could be accused of being rather same – with levels, birds, and their respective powers not variant enough to differentiate each title.

If you’re an Angry Birds addict (and there are plenty of you out there), you can download Angry Birds Space via the download links below. Those wielding the smartphone-come-tablet that is the Samsung Galaxy Note can enjoy exclusive content including a branded level, a 30-level DLC pack for free, and the coveted new Lazer bird. 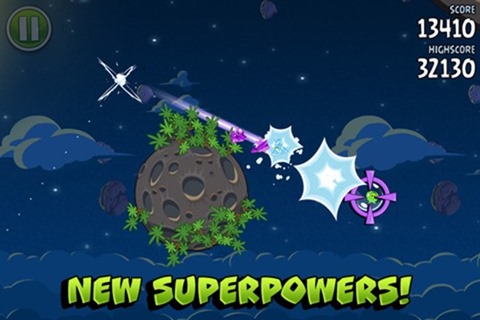 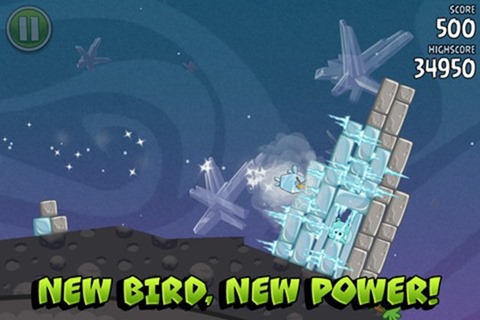 Feel free to let us know if the new game lives up to your expectations, by dropping a comment on our Facebook or Google+ pages!