US Government Plans To Build Centralized 5G Network Across The Country

In a move apparently aimed at allowing it to “guard against China,” the United States federal government is said to be looking at the possibility of building a new, centralized 5G wireless network within just three years, according to a PowerPoint presentation and accompanying memo that was obtained by Axios.

The documents claim that the Trump administration is considering the move to take control of the mobile network within the United States, with plans potentially finalized as soon as September.

To this point the infrastructure being used is built and owned by telecoms companies such as AT&T and Verizon, with those companies leasing airwaves from the government. However, this move could see the government rent out access to its new 5G network instead.

“Trump national security officials are considering an unprecedented federal takeover of a portion of the nation’s mobile network to guard against China, according to sensitive documents obtained by Axios.

The PowerPoint presentation says that the U.S. has to build superfast 5G wireless technology quickly because “China has achieved a dominant position in the manufacture and operation of network infrastructure,” and “China is the dominant malicious actor in the Information Domain.” To illustrate the current state of U.S. wireless networks, the PowerPoint uses a picture of a medieval walled city, compared to a future represented by a photo of lower Manhattan.” 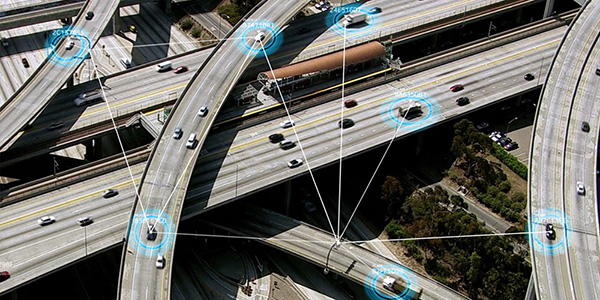 The government apparently believes that total control over the 5G wireless network will allow it to better protect against “Chinese threats to America’s economic and cyber security,” while also providing a network for forward thinking technologies such as the self driving cars we keep being told will arrive soon, although it is possible that this is simply a way of sweetening the deal.

Update: In a statement given to The Verge, FCC Chairman Ajit Pai has opposed this idea of government creating a 5G network:

“I oppose any proposal for the federal government to build and operate a nationwide 5G network. The main lesson to draw from the wireless sector’s development over the past three decades—including American leadership in 4G—is that the market, not government, is best positioned to drive innovation and investment. What government can and should do is to push spectrum into the commercial marketplace and set rules that encourage the private sector to develop and deploy next-generation infrastructure. Any federal effort to construct a nationalized 5G network would be a costly and counterproductive distraction from the policies we need to help the United States win the 5G future.”