Unreal Engine provides the framework for many of today’s most eye-catching, cinematic titles, and today, creators Epic have offered the gaming world a glimpse of the future by showcasing Unreal Engine 4.

True to its name, Epic is a class above when it comes to delivering the best, and given the gaming community is already pining for the next generation of consoles to arrive, the TV advert will certainly whet the appetites of those itching to take a step into the future. 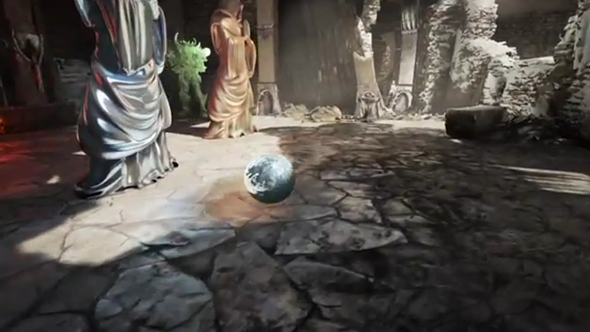 The current hardware offered by the flagship consoles of Sony and Microsoft – the PlayStation 3 and Xbox 360 respectively – are severely dated, leaving those in search of a more cutting-edge experience to opt for the PC versions of popular releases.

Epic’s president Mike Capps has revealed that one or two next generation titles are currently in development, one of which is, being targeted at the PC market. The realism portrayed in the cinematic demo clip is like nothing I’ve ever seen, and the armor-laden man paired with the castle setting reminds me a lot of Infinity Blade – a popular, landmark iOS title also powered by Epic’s Unreal engine.

Epic’s Senior technical artist Alan Willard also gave a technical breakdown of the improved engine, which offers a little more detail with regards to the inner workings. More information is still to emerge, and if you thought the clips were impressive, the footage was actually captured on a computer rocking a single graphics card, which is, in itself, quite a feat.

We’ll know more as it’s revealed, but one thing is certain, the future of gaming is in very safe hands. Although consoles are not seen by all as the pillars of the gaming community, it will certainly help the progress of gaming in terms of quality when the next-generation consoles finally make their way to the consumer market.

Given Unreal Engine’s aforementioned dabble in the fast-growing mobile market, it will be intriguing to see just how much more of an impact smartphones and tablets manage to make versus the standalone consoles and computers. As it stands, not even the iPad, with its quad-core GPU, can offer the very highest quality, but in a few years’ time, the likes of Nintendo and Sony could have much to fear.