In some circumstances, the simplest apps and tweaks are often the best and most successful ones. One of the underlying concepts of mobile software is that simpler is usually better, and in my own experience I have found that packages that are overly complex and unnecessarily in-depth often just get removed and are never used again. 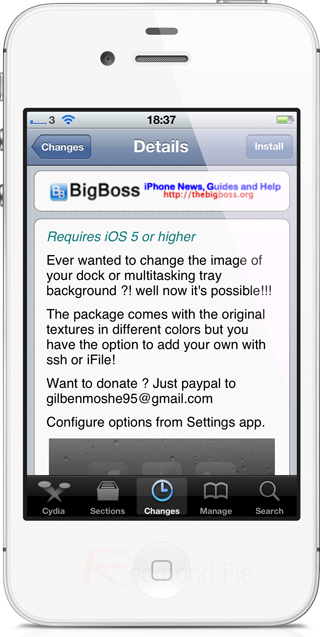 Thankfully, the DockColorize tweak seems to be the exact definition of simplicity and allows users to change the appearance of two key visual elements of the iOS user-interface. It may not look always like a prominent part of the display on an iOS device due to be obscured by application icons, but the dock that lives at the bottom of the screen is a key component in Apple’s interface design.

The same can be said for the background that is shown to users when the multitasking switcher tray is open to access any backgrounded apps. Apple has utilized the very familiar looking linen pattern that is found so often through iOS and Mac OS X, which looks very professional, but like a lot of things, users sometimes require a little customization. When installed, DockColorize allows users to alter the visual appearance of the multitasking background as well as the dock that lives behind the app icons. 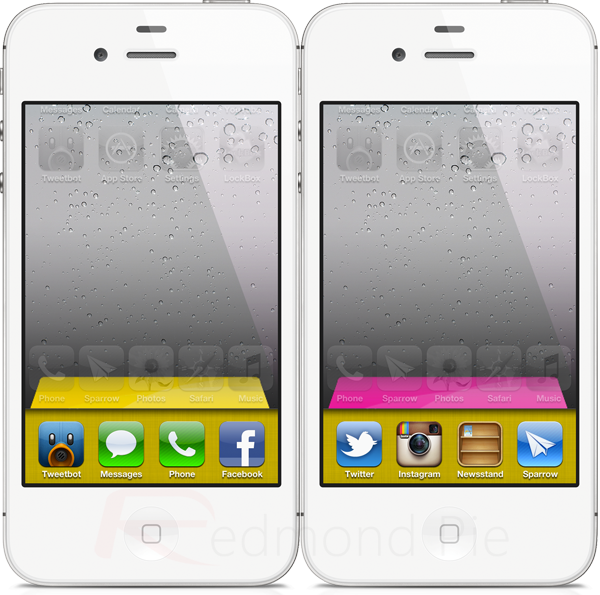 After installation the DockColorize package doesn’t append the home screen with any additional icons but does come with its own preferences bundle through the Settings app that gives the user total control over the tweak. The settings options allow users to change the image that is used to theme the background switcher  as well as the dock, and works by applying an image to the element. The package comes with a default set of images, allowing different colors to be applied, but users can also upload their own custom made images.

By navigating to ‘Library/Application Support/DockColorize/Resources.bundle‘ users can stick their own images in using an SSH client, or iFile for iPhone, and then set the image to be shown by going through the package options. Considering the package allows user uploaded images to be set, the limitations are really only set by the user’s imagination. 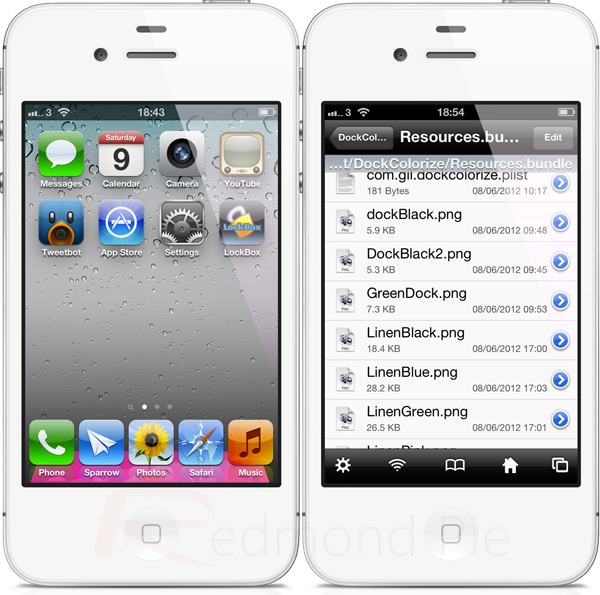 DockColorize is available as a free of charge download from the BigBoss repository and requires iOS 5 or above to be installed.