Well yes you read that right! The CDMA based Verizon iPhone 4 has been successfully unlocked to work on pay-as-you-go Cricket Wireless network. 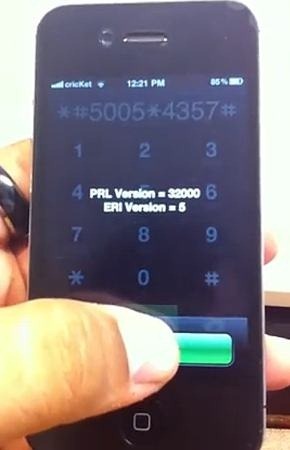 Previously, a Chinese carrier named China Telecom managed to unlock the CDMA based Verizon iPhone to run on their CDMA network.

Can I flash a phone to work on the Cricket network?

Yes, Cricket will activate any phone that’s been flashed to work on the Cricket network.

Cricket corporate stores currently do not flash phones to work on the Cricket network but many of the indirect dealer (both standard and premier) have the ability to flash a customer’s phone, and most corporate stores will be able to tell a customer where to go to have their phones flashed to Cricket.

We have already reported about Verizon’s iPhone being a world phone, with both dual mode GSM and CDMA chips. Now it will be interesting to see if the iPhone Dev-Team will take the challenge of creating a public unlocking solution for the CDMA-based iPhone 4 on Verizon so that we can make it work on other CDMA networks like Sprint in US.

(Engadget via The Readers Eye)