Another week, another paid iOS app completely sheds its price tag for iPhone and iPad users. Apple’s Free App of the Week initiative now sees a one-of-a-kind puzzler named ‘The Mesh’, which usually costs $1.99, going free till next Thursday.

The Mesh is a unique game themed around players trying to achieve the best possible score by combining number tiles. The catch? “If The Mesh runs out of cells, the game is over.” The developer has used the minimal art concept in approaching this puzzler, and this thing strikes instantly as soon as one takes the center seat. 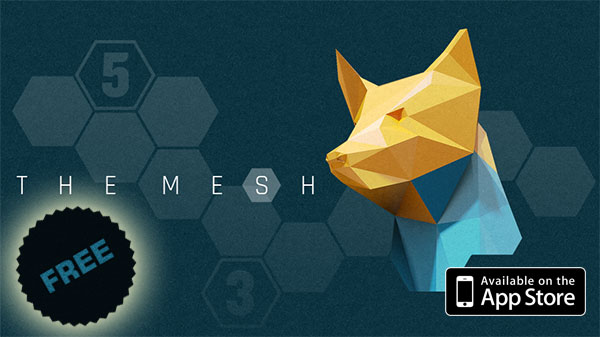 The aesthetics of the game are truly a treat, especially when coupled with the animation behind every interaction you have with the mesh. The animation, as the developer puts it, is crafted with an organic behavior. “The interactions with the mesh have been designed to be an experience on its own. Every reaction, animation, and detail have been crafted with an organic behavior, making it a joy just to play with it.” In doing so, The Mesh aims to develop its own aesthetic category, with the developer stating so as well: “The aesthetics of the game have been a goal in itself from the very beginning. With this idea in mind we have been working tirelessly to provide the game a true aesthetic category.” 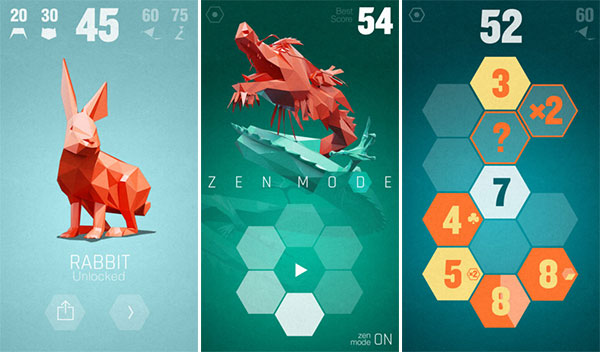 Once you are set in the game, it becomes abundantly clear that while the number adding gameplay is not entirely a unique idea, the game counts on its beautiful aesthetics to keep you engaged for longer periods of time and in hope that you would come back again and again. The music soundtrack does not fall short of impressing either with specially selected songs that create an immersive experience. “Five core songs represent the elements of the zodiac during the game; water, wood, earth, metal, and fire. Best experienced with headphones.”

The Mesh packs a powerful and premium punch. There are no in-app purchases to deal with either which means you are getting the full experience here with no charges whatsoever.

(Download: The Mesh for iPhone and iPad from the App Store)