Unicode 10 To Bring 51 New Emojis To iOS, Here’s What They Look Like

iPhone and iPad owners have a fair few new and improved emoji characters to look forward to with the public release of iOS 10.2, but wait, there’s more!

The emoji improvements in iOS 10.2 will definitely enhance the communication experience of those installing Apple’s latest firmware when publicly available, but there’s also more to look forward to beyond iOS 10.2 with the Unicode Consortium just approving a total of 51 new emoji as part of the Unicode 1o release. 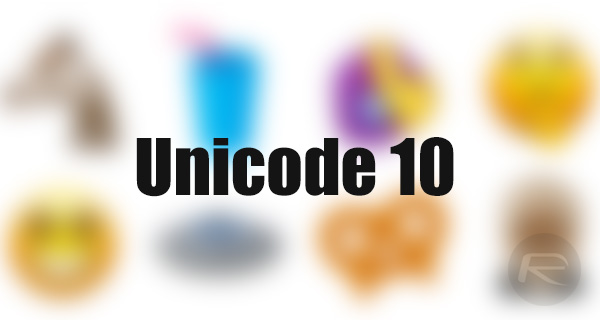 The newly approved emoji that will come as part of Unicode 10 are characters and suggestions that have been sent to the Unicode Consortium by third-party individuals looking to enhance their own communication experiences. Out of those 51 suggested, and ultimately approved new emoji, 36 of them are new face icons that will be integrated into Unicode 10.

Users can look forward to a grinning face with stars for eyes, a smiling face showing a hand applying makeup, and even – how should I put it – a face with projectile vomiting. After all, everyone needs a vomiting emoji, right?

Of course, as you can imagine, given the fact that there are 36 new faces being added, there is literally something to convey the full spectrum of emotions when needed. The Faces category isn’t the only one that’s been shown some love by the Consortium.

Everyone loves a good animal emoji, and to that end, the Animals category will benefit from the inclusion of new hedgehog, giraffe and zebra icons, as well as a Sauropod, T-Rex and a cricket. There’s also a number of miscellaneous entries in the form of a flying saucer, a cup with a straw, an “I love you” hand sign, a gender agnostic merperson, and even an elf and a genie. There’s also a hijab emoji, and even a breast feeding one as well.

New foods such as broccoli, coconut and sandwich are also part of Unicode 10, and so are new activity emoji such as rock climbing, yoga etc. You also get a new socks emoji, if you for some reason ever decide you need that.

It’s very likely that the list of inclusions as part of Unicode 10 could change, with more added at the Consortium’s will. Of course, it then also requires the likes of Apple to integrate Unicode 10 into iOS so that we can actually take advantage of the new inclusions.

Check out the complete list of the proposed new emoji here.