Today has definitely been the day of the iPhone 5, and while many tech fans have had a grasp of their new device for hours, Redmond Pie’s vlogger Steven Chi has been queuing for hours in Canada to get his new Apple smartphone.

After such a long wait, he managed to get hold of both the White & Silver and Black & Slate models for the unboxing and hands-on video, which is certainly a bonus, and the video begins with a bit of a comparison between the new device and its predecessor – the iPhone 4S.

It is, as you’ll probably be aware, considerably thinner, lighter and longer than the old model, and although the aluminum finish (at least, of the Black & Slate model), has been under the spotlight today for being a little more scratch-prone than some would have liked, it certainly provides a smooth, slick finish rendering, making it easily the most aesthetically-pleasing iPhone hitherto. 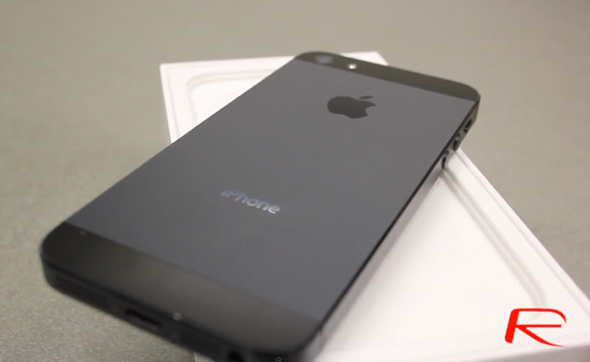 The video then discusses the various changes in terms of the hardware buttons and ports, and although the headphone repositioning was perhaps the most negligible change of all, the top of the device looks a great deal more streamlined with just a sleep / wake button on show.

The Lightning port at the bottom of the device certainly looks significantly smaller when compared to the old 30-pin configuration, and the reversibility will mean iDevice users won’t keep needing to look for the minute icon on the connector cable, in order to figure out which way it’s supposed to slot in.

The Nano SIM, which is slightly smaller than the Micro SIM introduced to Apple’s product range with the iPhone 4, also gets a first look on the video, and although it’s not particularly significant from a consumer point of view, it allegedly makes a little more space within the device, helping to enable the thinner and lighter form-factor. 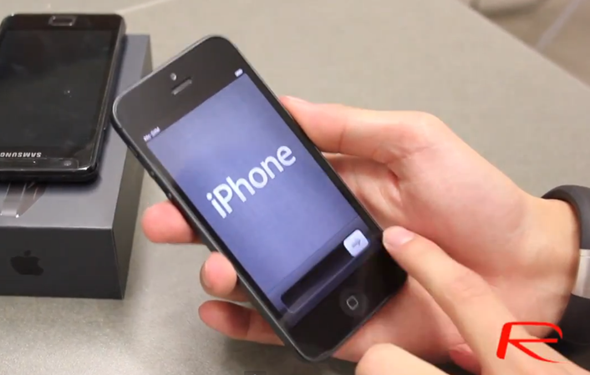 Apps which haven’t been updated for the larger 4-inch display certainly don’t look great on the iPhone 5, although that shouldn’t be a long-standing problem once the devs push their updates through.

One of the most exciting out-of-the-box features is the new EarPods headphone set, and with Apple having spent three years designing them, it seems audio fans will have something to look forward to once they’ve synced their music onto their new device.

Having seen the device close-up, what do you think? Is it everything you imagined? Or are you somewhat disappointed? Leave your thoughts, as ever, via the usual mediums below!