Social networking giant, Twitter, could have provided yet another clue as to the potential release date of the much awaited fifth release of Apple’s iOS software. With speculation reaching fever pitch surrounding the impending arrival of iOS 5, it appears Twitter may have tipped Apple’s hat for them, with pair of developer events suggesting a final version of the iPad, iPhone and iPod touch operating system could be in customers’ hands before October tenth.

The news comes after Twitter announced that they would be playing host to two separate events aimed at giving developers of apps based on the platform, an insight into the future of the company and indeed, the service. 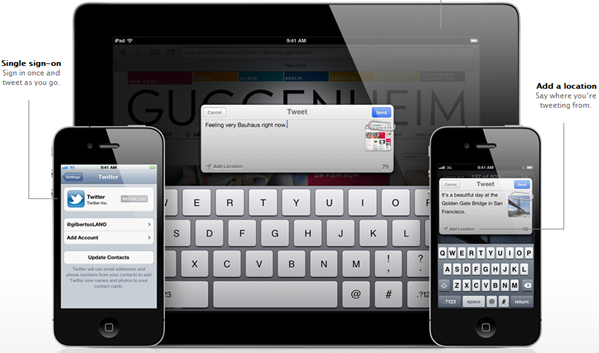 "There’s a lot going on in the ecosystem and we’d like to take this chance to share the highlights with you – including the latest developments with the platform, areas of opportunity that we’re seeing, and a heavy focus on the iOS 5 Twitter integration for developers," said Twitter’s Jason Costa.

The events will take place in London on October 10th, and New York two days later on the 12th.

Speculation, based on this news, suggests that Twitter would need a final, shipped released version of iOS 5 for these events, and that would mean we would be getting our sticky little fingers on it before that first event in London.

This all ties in rather nicely with the belief by many that a Golden Master of iOS 5 will be released some time in the next few days, with the software then being supplied to the manufacturers of whatever iPhone device Apple decides to unveil later in October. If Apple is true to form, we may be in for an iPhone announcement on or before the 10th, with iOS 5 being released that day and then the next iPhone being available for purchase a week or two after.

The most recent rumors point to an announcement happening on October 4th. It’s all starting to fall into place, isn’t it?