Twilight is an app for Android smartphones and tablets that claims to help shield your eyes from blue light, making you sleep better as a result. Well, that’s the idea, anyway.

Eye strain can be a real pain, especially if you’re a wearer of spectacles. That’s why employers are not supposed to let their employees sit in front of a monitor for extended lengths of time without a break, and it’s why many people like matte screens rather than the much more visually appealing glossy options.

Are you listening, Apple?

The thing is, even if you’re not spending all your time looking at a computer screen, the chances are you’re spending a fair chunk of your time staring at your smartphone. It’s a fact of live that many of us live on our phones, and that means that our eyes need to be looked after. If you’re an Android user, then you’re in luck.

An app called Twilight may be something worth checking out assuming you can think about it without thinking about werewolves and vampires, that is. Beyond that name though, Twilight is actually a rather interesting idea indeed, and we think we like it. 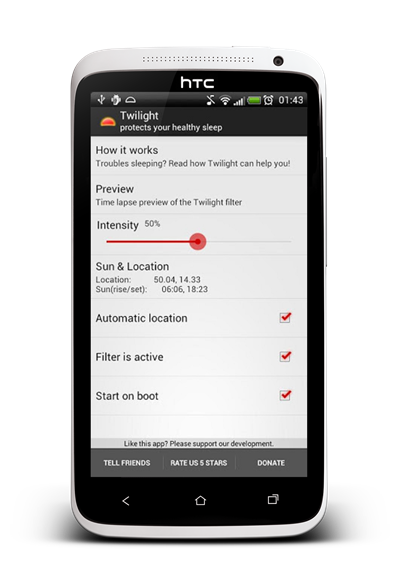 The theory behind Twilight is simple. As the day drags on, and the amount of ambient light changes, the app will change the color, or rather warmth of the screen’s output to compensate. So, in the mornings you’ll have a screen that’s whiter than it would be later in the evening, as Twilight adds a red-ish tinge to the screen throughout the day. Simple. 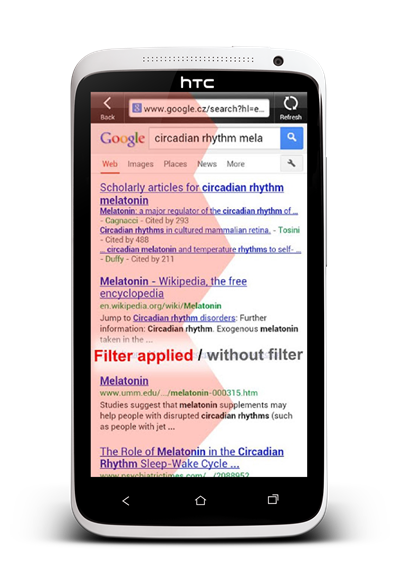 It takes a little getting used to at first, but the idea is that Twilight cuts down on the amount of blue light we’re exposed to in the evenings and, as a result, we should sleep better. We’re still not sure about that ourselves, but it’s hard to argue with science and apparently science says this is a good idea. So, there you go.

If you want to give Twilight a shot yourself, it’s available from the Google Play Store right now, and it won’t cost you a penny. With that in mind, you don’t really have a great deal to lose now, do you?