The Apple Watch is starting to get comfortable in its own skin, and with watchOS 2 bringing some of the power and features that should, arguably, have been around from day one, there has never been a better time to buy an Apple Watch. If you do decide to pick one up, or already own one, for that matter, then you will probably want a nice stand or dock on which to charge it. They don’t come much nicer than the Forté from Twelve South.

Costing $60 and available to buy from Apple Stores across the United States and Canada right now, the Forté will be making its way to international Apple Stores within the next few weeks. For your $60, you will get one of the best-looking Apple Watch stands around. With an arm that has the Apple Watch almost floating in mid-air when charging, the Forté also has room for an iPhone to sit below the watch, and while it’s not going to charge it, the iPhone will at least get to sleep on a bed of soft top-grain leather. 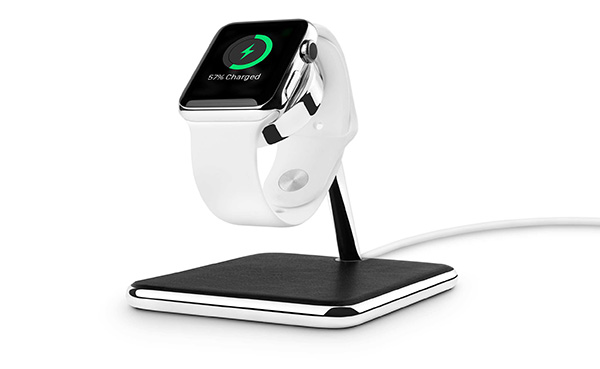 Having somewhere to keep your Apple Watch at night is important, particularly now that watchOS 2 brought with it a way to have the watch act as a clock overnight when left on its side. To that point, the Forté works just fine with the Apple Watch in any orientation and no matter which band you are using, the watch itself will fit the stand without problems – good news, considering some of the cheaper stands struggle with some full-wrist bands. 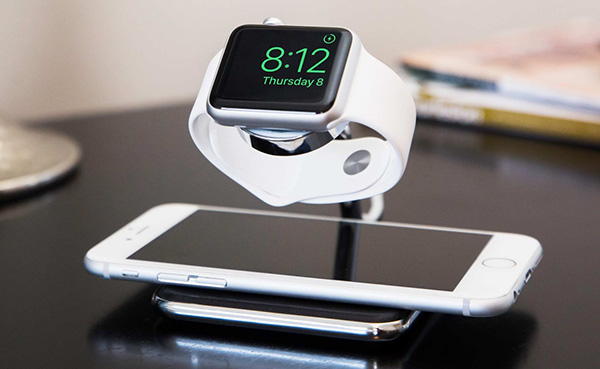 We’re big fans of Twelve South’s accessories and the Forté is set to become one of our favorite Apple Watch stands as well. If you’re on the lookout for somewhere to keep your Apple Watch at night, or just when it’s charging, then the Forté may be worth checking out before you buy anything else. A slightly cheaper option from the same company is HiRise, which is available for $49.99 in two colors – black and silver.