Twelve South’s BookBook Case For iPad Air Is Here; The Finest Case You’ll Ever Own

The iPad Air has been around for a good while now, and it was only ever going to be a matter of time before Twelve South – maker of the coveted BookBook case for iOS and MacBook devices – updated its range with a release tailored to the heavily-revamped tablet. Apple’s decision to rehouse its full-sized slate in a similar design to the iPad mini has been greatly received by fans and commentators alike, and now, thanks to the release of the BookBook, you can give your shiny new iPad Air the kind of protection it deserves.

With a thinner and lighter form factor, the iPad Air has only underlined Apple’s position as the dominant force in the tablet game, and while technically, things have improved dramatically thanks to the new 64-bit, A7 processor and other such internal enhancements, there can be little argument that the iPad Air is a device defined by design. 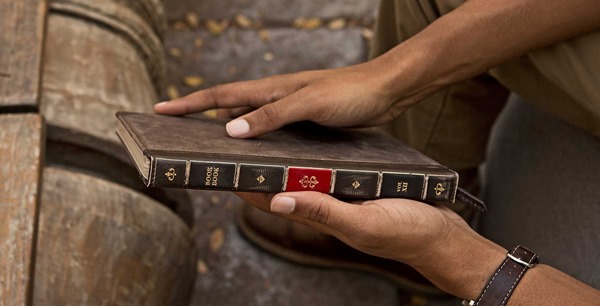 Similarly, the BookBook’s design has drawn much acclaim over the past few years, and with good reason. Comprised of premium leather and crafted to the highest specification, the unique product is not only fantastic at keeping devices clear of dirt and dust while cushioning them from the scratches and bumps to which they can often encounter, but actually works as a rather novel disguise. After all, if somebody thinks you’re carrying the old library book as opposed to an Apple device worth several hundred dollars, they’re much less likely to snatch it away from you, and similarly, if you misplace it, your chances of recovering it would seem greatly enhanced as well. 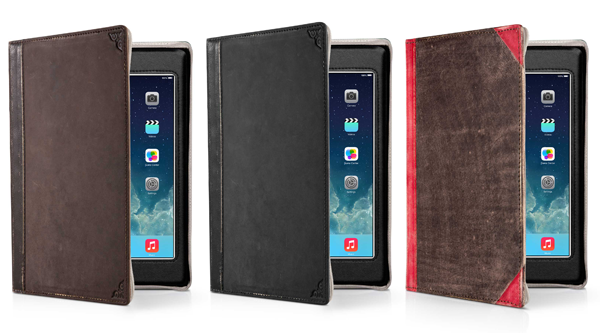 As ever, the BookBook for iPad Air arrives in Black and Brown, and although we’ve developed something of an affinity to the red color configuration, it is, unfortunately, not available just yet.

For the cost of $79.99, the BookBook for iPad Air is by no means cheap, but as the proud owner of a BookBook for iPhone and MacBook, I must note that they do offer great value for money. 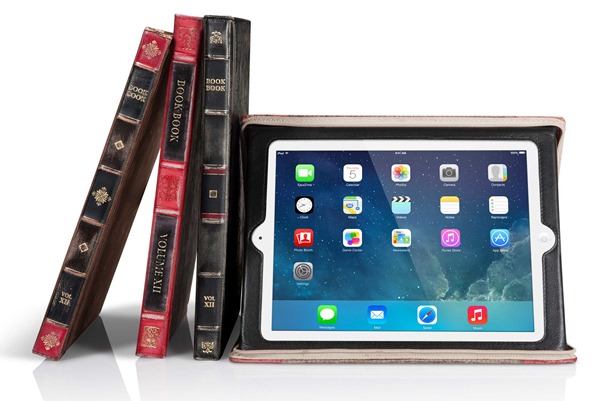 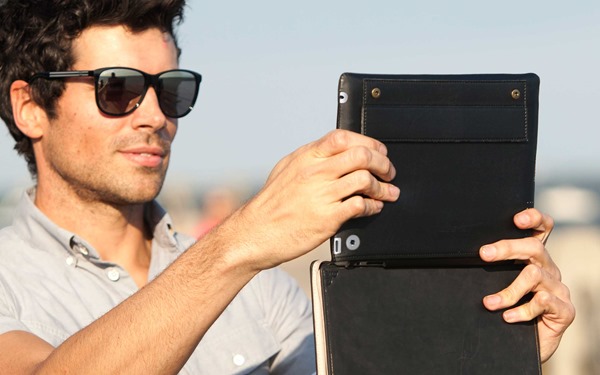 If you take the plunge and buy a BookBook for any of your treasured Apple gizmos, you’ll probably be hooked for life, and if you want to take a closer look at the BookBook for iPad, be sure to visit the manufacturer’s website by pointing your browser to: twelvesouth.com