Tweetbot 2.0 for Mac has been released and it looks better than ever as the app comes out all guns blazing with its much due Retina support and some refreshing new aesthetic changes, including a more flatter UI for OS X Yosemite.

The app is without a doubt the undisputed champion of handling all your Twitter needs on an OS X powered desktop. Launched in 2012, the app seemed to lost its magical touch over the years as it didn’t really bother keeping up with the aesthetic changes that were made in OS X Mavericks, and then subsequently OS X Yosemite. It is OS X Yosemite’s aesthetics and UI that have helped shape this 2.0 update. 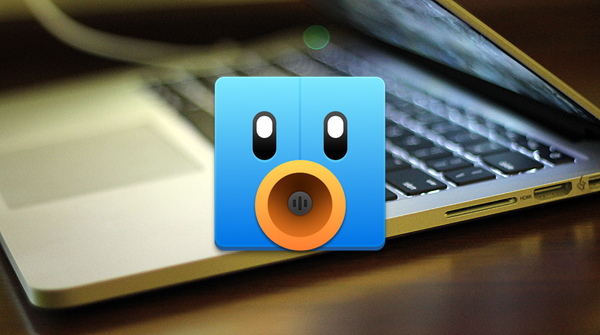 Tweetbot 2.0’s flatter UI is now perfectly in sync with OS X Yosemite, and that Retina display support just added to the crispness of the app’s general outlook. The change seems to have brought out a much brighter and cleaner look, which is further complimented by support for multiple column arrangement that is flexible and much more easier to use in this release. The developers have kept the color palette pretty simple this time around with a darker sidebar coupled with lighter colored main columns. Profile pictures of accounts are now shown in circles, akin to the iOS version of Tweetbot and well, iOS 8 itself. New and subtle animations have also been added, but nothing too fancy, making the transitions quick and smooth. 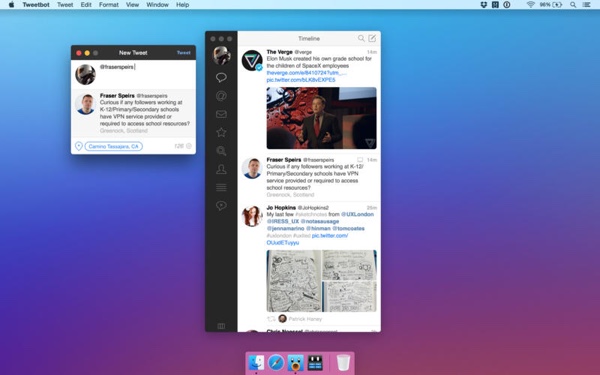 The third-party Twitter client has information that is well laid out and the clean interface of the app helps make every tweet distinguishable from the other, which is much vital for users looking to quickly scan a bunch of tweets. While Tweetbot maintains all the goodies you were used to in the earlier version of the app, the easier column management feature adds quite a bit of punch to the app’s prowess for Twitter junkies. Just like before, Tweetbot 2.0 for Mac also syncs nicely with its iOS counterpart as well, which means your activity is carried over to either of the platforms. 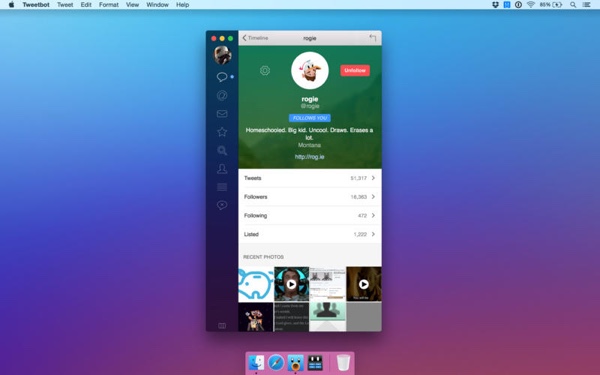 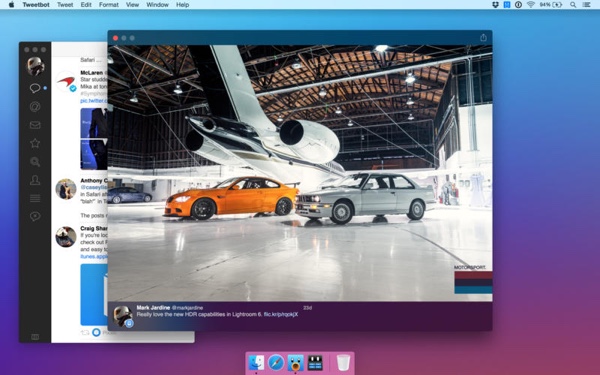 Apart from all of the above mentioned changes, Tweetbot for Mac now has a brand new icon, making sure that things stay fresh even with the new release of the app.

A few months back we heard that whenever Tweetbot 2.0 comes out it’ll be a free upgrade for existing users, and that’s exactly how it has gone down. Existing Tweetbot users can update to v2.0 free of cost, but for those looking to grab a brand new copy of the app, then you’ll have to dish out $13 on the Mac App Store which is a generous discount over the price of the previous release.

(Download: Tweetbot for OS X from the Mac App Store)