A lot has been made of Apple’s decision to offer a multitude of different color options with the iPhone 5c, and naturally, every buyer of the device has been faced with the dilemma of which one to pick. After all, when you’re making such a significant investment, it’s always best not to opt for a shade you’re likely to grow quickly bored of. Thankfully, the creativity of George Michael Brower has altered the dynamic of this conundrum by helping you turn your colorful device into your very own Pokémon.

The idea from Brower is extremely simple, but also rather genius at the same time. Sure, not everybody’s as into Pokémon as they might have been ten years ago, but the characters still remain vogue in certain parts of popular culture. 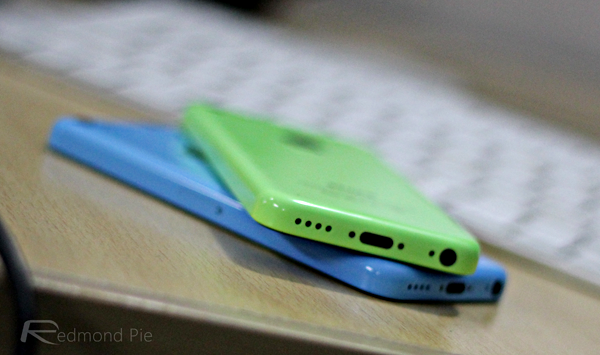 Brower’s mini conversion kit consists of a wallpaper depicting the face of a Pokémon, as well as a print-off sticker for the rear shell; in effect, turning your iPhone 5c into a fully-fledged Pokémon character. Unfortunately, you’re pretty much stuck with the character specific to the color of the iPhone 5c you have, but considering the options, it’s certainly not that bad.

Once you have applied the wallpaper to your home screen and or lock screen, all you need to do is download and print the corresponding shell, tail or fin, and stick it to the back of your handset. Voila! You’re now the proud owner of your very own Pokémon!

To me, the Bulbasaur green looks pretty badass, but then again, I’d find it hard to turn down the people’s favorite Pikachu, which arguably looks the most complete of the five available. 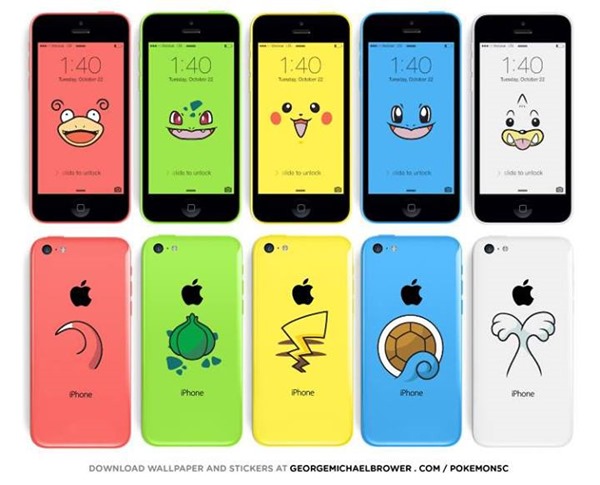 So, whether you’re a fan of the series, or are simply just looking for something to do while your iPhone 5s-owning friends wax poetic about Touch ID and gold trimming, turning your iPhone 5c into a Pokémon does not only add a nice touch of customization, but will help you get one over on those rocking the flagship handset.

But hey, remember that the iPhone 5c is not an actual Pokémon, and no matter how many YouTube videos suggest that it’s a good idea, don’t start throwing your phone around, because, well… it will break!

You can download the wallpaper and the printable stickers from here.