The Microsoft Surface 2 and Surface Pro 2 have seen the light of the day, and as any other company would do, the Redmond technology giant is all about marketing and promoting the new hardware, to make sure that they become a true success. We’ve seen a lot of marketing ploys in the past as well – and not just from Microsoft, either – including Google’s Android statues and Apple’s TV ads. However, never once have we seen anything like what Microsoft has done in London’s Trafalgar Square, where the company has placed a 27 feet wide and 17 feet tall mockup of the newly-released Surface 2, all in the name of good marketing.

The “tablet”, which landed in Trafalgar Square just today to celebrate the launch of the new devices, and of course, to attract people’s attention (command it, rather). Completing the package is British rapper Dizzee Rascal who’ll be performing, and the giant of the tablet itself if semi-functional, owing to the fact that the “Touch Cover” is a somewhat functional unit connected to an actual Surface 2, whose display is then relayed over the massive 27ft dummy unit. They’ve really put some brains behind this one, haven’t they? 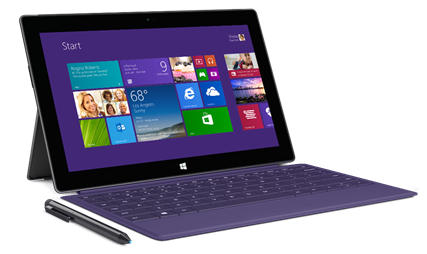 Placing something of this size in the heart of London, where masses of potential buyers – tourists and locals both – flock almost every day, is one really clever marketing and advertisement move. These days, we’ve seen that clever marketing and capturing customer attention can do wonders for even a poor product, and Surface 2 is by no means anywhere near that. Combined with this kind of marketing and branding, Microsoft may actually reap rewards that are much more than what they could’ve done with a statue or TV commercial. In the world of marketing, it’s all about unusual ideas, and this one definitely takes the top prize. Then, there’s also the added advantage of blogs and the internet spreading word of something like this globally, so it can never hurt. 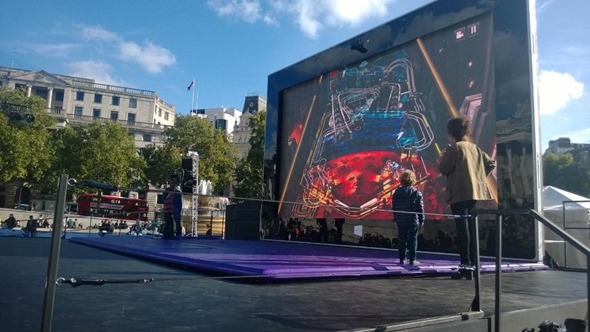 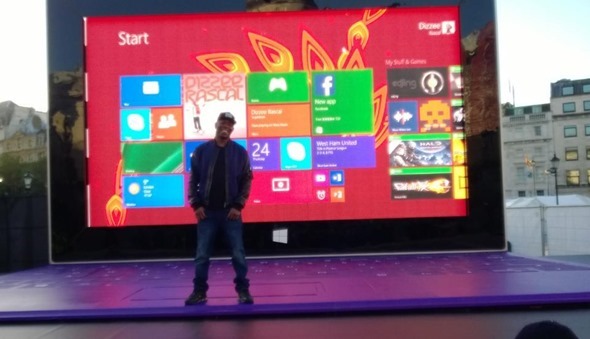 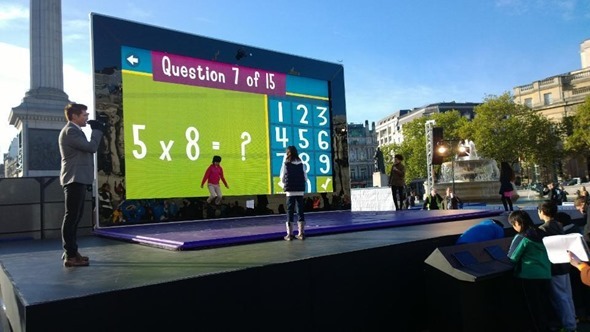 Microsoft’s Surface 2 and Surface Pro 2 tablets were just announced recently, and offer a sizeable upgrade of their last-generation predecessors, from processor to display, and overall user experience. It remains to be seen how the market will generally react to these devices, and whether they can ever be as successful as Android based tablets and iPads, but this kind of influential marketing can never hurt Microsoft’s chances.