Win8 Metro Testbed uses Splashtop in order to bring the full Windows 8 experience to any Android-powered tablet, giving the illusion of Microsoft’s upcoming tablet and desktop operating system running right on the tablet in front of you.

As many have found out, the problem with Windows 8 is that you really need to experience it on a touch-enabled screen in order to really appreciate what the boffins in Redmond are trying to put together. The real issue here is that not many people own a touch-screen laptop or display. With Win8 Metro Testbed, you don’t need to spend a $1000 on a new machine to experience Windows 8 at its fullest, so long as you own an Android tablet.

In order to use Win8 Metro Testbed you’ll need a computer with Windows 8 installed as well has have the Splashtop streaming software installed alongside it. With the accompanying Android app installed on your tablet you will be able to swipe, pinch and flick your way through Windows 8’s new Metro interface as if it was installed right on the device. As the video shows, there is minimal lag in both video and audio, making this a great way of testing new apps for those developing them ready for the big Windows 8 release later this year. 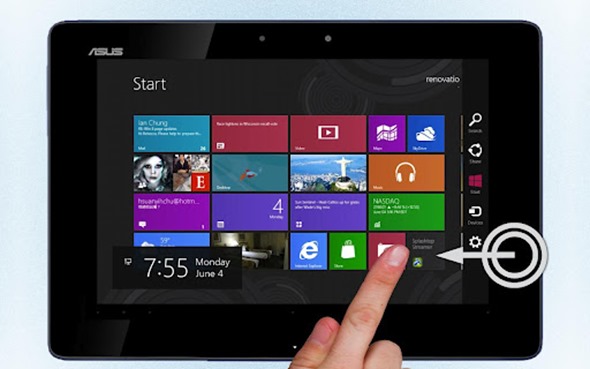 All the Windows 8 gestures are obviously supported. Pulling in from the right hand side of the screen will reveal the Windows 8 Charms, and flicking down will quit apps. There are plenty of gestures to explore, meaning you won’t be left learning everything from scratch with Windows 8 replaces the version of Windows that you use day-in, day-out.

As part of its launch promotion, Win8 Metro Testbed is priced at $24.99, with its usual price of $49.99 returning at an unspecified time. If you’re going to give this app a try, then now is the time to do it. If you’re on iOS however, the app is available on the App Store too! 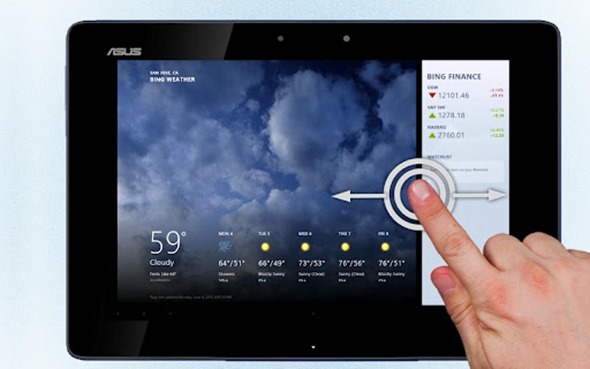