Whenever Apple announces a new major build of iOS, it is always seeded to registered developers in the first instance, with the theory being that they can test out their apps for compatibility and ready them for the final build and also file bug reports which they find with Apple. In that sense, Apple tends to treat their registered developers as there own tried and trusted software testers, something that has worked out well historically. 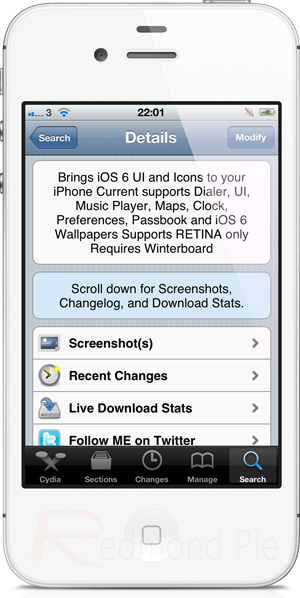 Unfortunately for the non-developer population, it means that there is no official way to get their hands on the latest versions of the software unless it is obtained through alternative measures, something which we certainly don’t recommend doing. Installing beta firmware on a main in-use device can often be problematic and cause a lot of issues. Thankfully, those users who are interested in getting the iOS 6 experience on their device and are also jailbroken, we have a little something to fall back on.

Cydia has seen certain packages which have landed just recently that brings certain elements of iOS 6 to devices running earlier versions of the software. Tweaks that can replicate the iOS 6 Photos app sharing menu, and tweaks that brings iOS 6’ NC Twitter widget to iOS 5 are just a couple that have surfaced, with many more sure to be on their way before we eventually see a public release. WinterBoard users can now also install the iOS 6 Theme directly from within Cydia, which is the first theme dedicated to changing the iPhones user-interface elements to look like Apple’s latest seed. 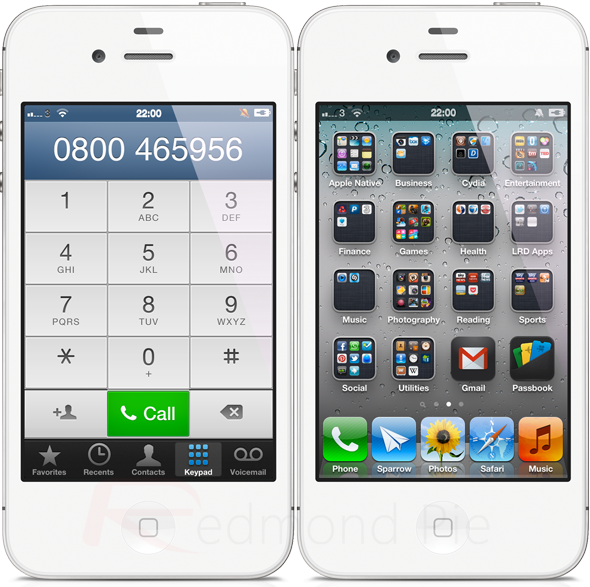 First and foremost, users will notice that the iOS 6 Theme doesn’t dramatically change the overall experience of the device. After all, it is essentially just mimicking an updated version of the software, but the changes are there to see if you look in the right places. A prime example of the interface alterations can be found in the Phone app, with the keypad undergoing a drastic makeover. The status bar and associated time labels contained within are also noticeably different.

To give the installation that truly authentic iOS 6 look, the artist of the theme has also included a token Passbook app icon on the home screen, something that doesn’t do anything but adds to the overall effect. The iOS 6 Theme is available as a free of charge download from the ModMyi repository. 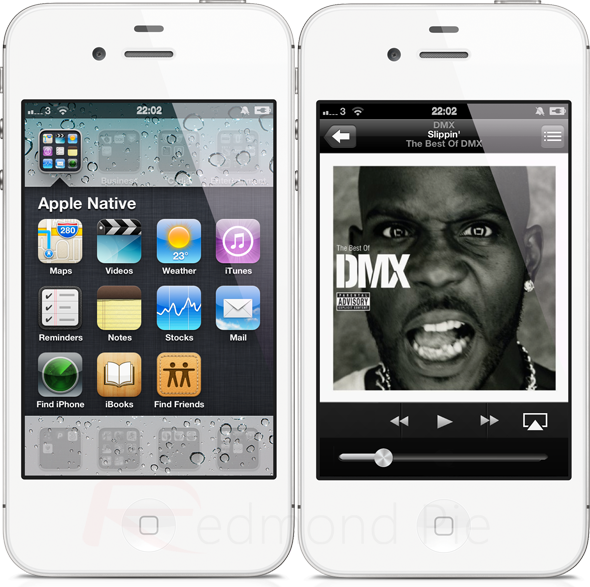