If you are a proud owner of an iPhone or iPod touch running iOS 5 or above and are feeling a little envious of those registered developers who get early access to iOS 6 and all of the new and sparkly features that it brings, then thankfully a jailbreak tweak will alleviate some of your jealousy. When Apple introduced iOS 6 at WWDC this month, they showcased a number of new features including some of the advancements in social sharing, specifically the inclusion of Twitter and Facebook sharing directly to Notification Center. 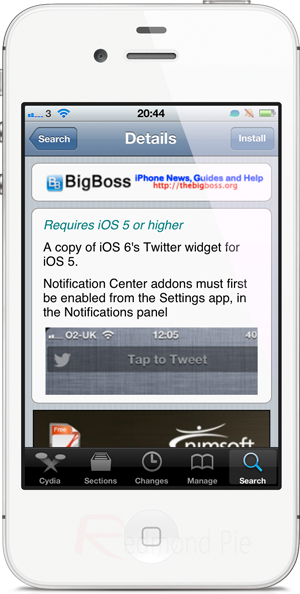 Twitter focused Notification Center widgets are nothing new to the jailbreak community, with a number of them already being available with varying implementations from the individual developers involved. With Apple officially showing their own NC Twitter widget, including the design and aesthetics, an iOS developer has acted promptly to push out his own version that mimics Apple’s creation. The iOS 6 Twitter Widget for Notification Center pretty much does exactly what it says on the tin.

The availability of Twitter throughout iOS 5 is evident and there for all to see, as well as the option to share to the social network is present in a number of stock apps including YouTube and Photos. However, Apple have never seen fit to have an official Notification Center widget dedicated to tweeting, until now. For those that aren’t running iOS 6 and can’t wait until the official release of the software at the back end of this year, this tweak should cater for your native-looking Twitter needs. 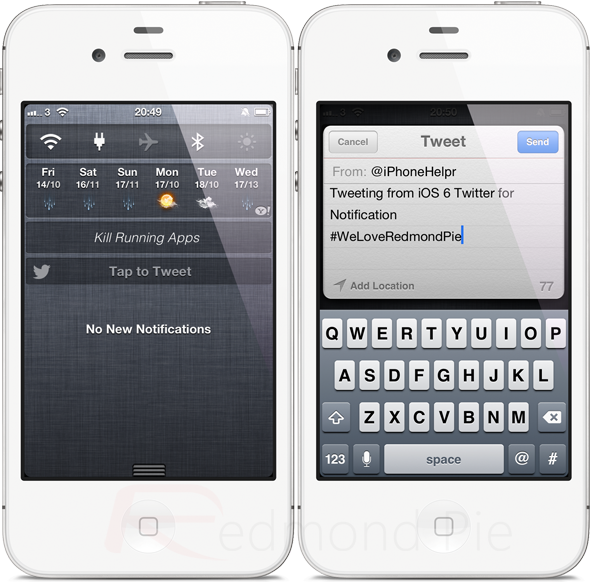 When installed, the widget is activated through the usual Notifications section of the Settings app, with no additional home screen icons or dedicated preferences being present on the device. It is also worth remembering that as a widget designed and coded for Notification Center, this particular package has one-up over the official Apple version thanks to the support of Dashboard X. 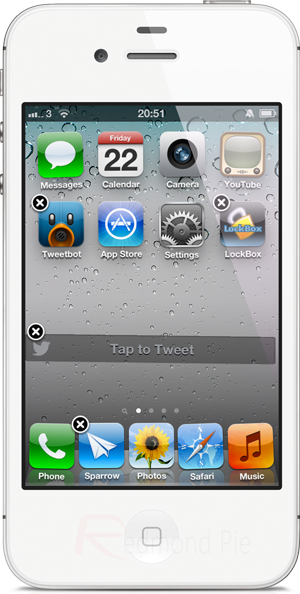 iOS 6 Twitter Widget for Notification Center is available as a free of charge download from the BigBoss repository and requires iOS 5 or above to function.