A new app, made for Samsung by developer Media Mushroom, aims to make switching from an iPhone to a Galaxy S III Android phone as painless an exercise as possible.

It is no secret to anyone with even a passing interest in what goes on in the smartphone world, but the simmering war between Apple and Samsung has taken a new, software-based turn today with the news that the Galaxy S III maker has launched an app that promises to make moving from an iPhone to one of Samsung’s smartphones as easy as possible.

Easy Phone Sync, currently available for UK owners of Galaxy S III handsets only, comprises of two separate parts. The first is an Android app which handles all the phone-side work, and the other is a PC or Mac app that takes care of things on the user’s computer of choice.

In what is clearly a swipe at Apple’s ever popular iPhone, Samsung is trying to make the transition from iPhone to Galaxy S as painless as possible for anyone that has deemed now to be the time to give Android a try. With the Galaxy S III currently proving to be extremely popular amongst existing and new Android users alike, the move by Samsung could well prove to be a wise one. We know of more than a few iPhone owners that have jumped ship to either the HTC One X or Samsung’s new hero phone. With the iPhone 5 set to debut in a few months however, time will tell whether that move was a wise one or otherwise. 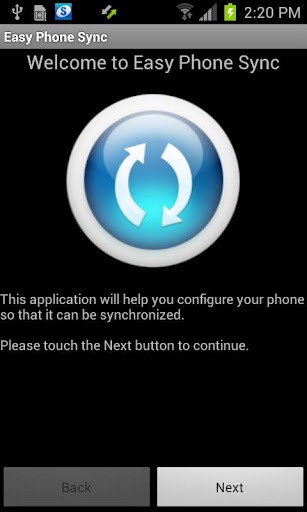 By using the Easy Phone Sync app, users will be able to transfer a selection of data across to their new Galaxy S III. Contacts, messages and DRM-free media can make the jump over from iTunes to Android, with playlists and podcasts also supported. Obviously the app is free to anyone who wants it, too.

We doubt Apple will retaliate with an app of its own to allow Android owners to switch to iOS in a fuss-free manor, but we suspect the gesture by Samsung will not go unnoticed.