Toyota says that it is now considering bringing an all-electric Land Cruiser to market after a trial involving retrofitting electric motors to existing trucks.

Toyota is already running tests with BHP, a mining company with nickel operations in Australia, that involve a Land Cruiser 70 that was converted to run on electricity. 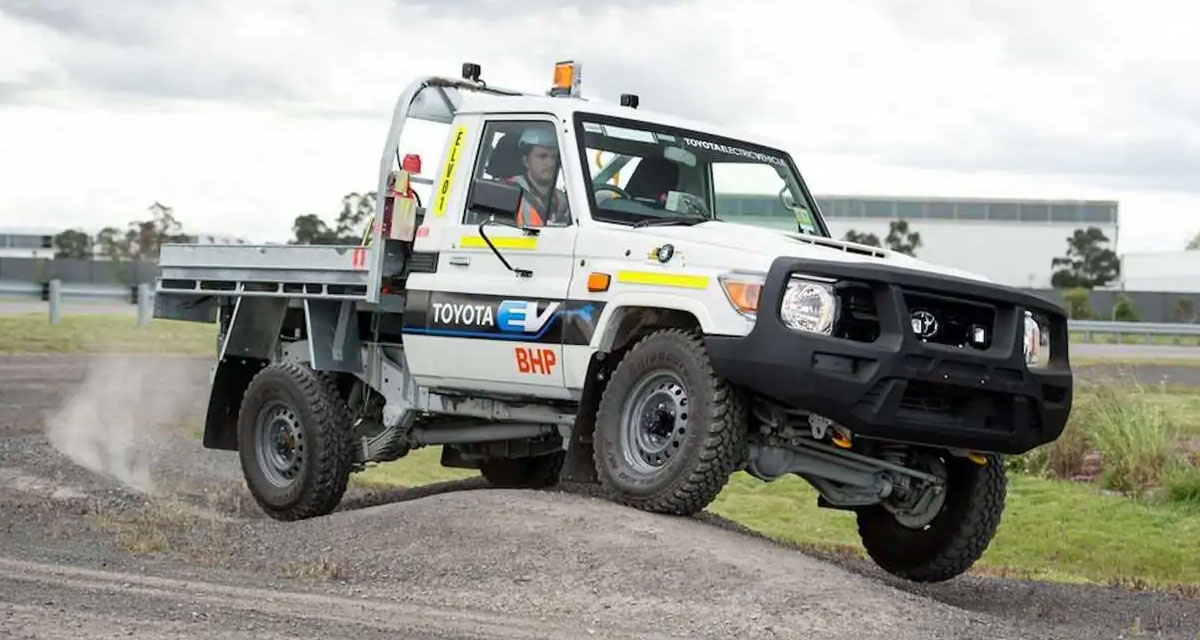 Edgar Basto, President Minerals Australia at BHP, commented on the project and said that it’s part of a plan to reduce reliance on diesel.

This partnership is another step in our ongoing studies into how we can reduce the emissions intensity of our light vehicle fleet. It builds on other LEV trials under way in South Australia and Queensland. Reducing our reliance on diesel at our operations will help achieve our medium-term target of reducing operational emissions by 30% by 2030.

Toyota Australia’s general manager of product planning and development, Rod Ferguson went on to say that the trial could lead to a consumer version of the electric Land Cruiser being made available in the future. Speaking to CarsGuide, Toyota said:

We’ve delivered one vehicle so far to BHP as far as a pilot and testing project. And part of that is co-development – they’re interested in emissions reduction, vibration reduction, they want to see how the range works, and how it works with a daily load. So we can get feedback to level up, with the intention of at some point, timing not known… to do something more for more customers.

While the idea of an electric Land Cruiser might not set the pulse racing in the same way as new Tesla might, it’s another signal that the world continues its move away from combustion engines and towards something more sustainable.